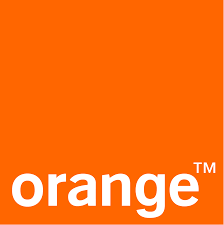 23 July, 2022 – As outlined in the prior announcement, the combination of the activities of Orange Spain and Masmovil would take the form of a 50-50 joint venture co-controlled by Orange and Masmovil (LORCA JVCO), with equal governance rights in the combined entity. The agreement between parties includes a right to trigger an IPO under certain conditions for both parties after a defined period and, in such a scenario, an option for ORANGE to take control of the combined entity at IPO price.

The joint venture between Masmovil and Orange will create a sustainable player with the financial capacity and scale to continue investing to foster the future of infrastructure competition in Spain for the benefit of consumers and businesses.

A joint venture between the two complementary businesses would lead to significant efficiency gains, allowing the combined company to accelerate investments in FTTH and 5G that will benefit Spanish customers.

Due diligence conducted since March shows potential synergies in excess of €450m per annum to be reached by the fourth year post closing.

The transaction is supported by a €6.6 billion non-recourse debt package that will finance, among other things, a €5.85 billion payment up-streamed to the Orange Group and Masmovil shareholders. This distribution to the shareholders will be asymmetric as it also embeds an equalisation payment in favor of Orange to reflect the different levels of indebtedness of the two standalone businesses. This debt package is mainly comprised of bank debt, provided by a large pool of banks. Masmovil’s existing debt will remain in place. Post closing, the financial policy agreed between Orange and LORCA JVCO includes a leverage target of 3.5x net debt/EBITDA ratio to facilitate an IPO of the joint venture in the medium term.

The transaction is subject to approval from antitrust authorities and other relevant administrative authorities and is expected to close during the second half of 2023 at the latest. Until such approvals and closing conditions are satisfied, the two companies will continue to operate independently.

Christel Heydemann, CEO of Orange, comments: “I am very happy to announce the conclusion of these negotiations today. This deal paves the way for the creation of a joint company that combines the forces of Orange and Masmovil into a single, stronger operator that will enable investments in 5G and Fiber, benefiting customers across Spain. I strongly believe that the creation of this new company is of fundamental importance for the Group, the Spanish telecoms market and for our customers.”

Meinrad Spenger, CEO of Masmovil, comments: “This is a great day for Spanish consumers as well as for our stakeholders. Together with Orange, we plan to form a strong operator with a sustainable business model and the capacity to invest in world-class infrastructure, technology and talent. We anticipate this will drive competition, digitisation and innovation in the Spanish market.”