Open mobile networks continue to be backed by CSPs 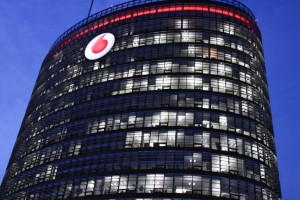 The TIP Academy has been developed in collaboration with global IT services and consulting firm Accenture, and has already received the backing of Vodafone and Deutsche Telekom as clients. These telcos will incorporate the Academy’s learning platform into their employee training programmes.

TIP said its participants had expressed the need for an industry-led and operator- and vendor-neutral training service, designed to address a “global skills and resource shortage” in designing, developing, testing and deploying open and disaggregated networks.

That said, telco suppliers continue to drive the Open RAN market with new solutions to help address the telcos’ operational and business needs.

Their technical work for the validation of Ericsson network functions with the Red Hat OpenShift platform will help CSPs bring their next generation services to market “faster” in a multi-vendor scenario, they say. The alliance also helps Red Hat better compete against hybrid cloud systems rival VMware, which has been carving out a good niche for itself in the Open RAN space.

“Ericsson and Red Hat want to free up service providers to focus on adding differentiation to their 5G services and value for their customers,” say the partners. “We’ve been working for many months to define the optimal operating model for a multi-vendor scenario, so as to guide customers on how to deploy and fine-tune the combinations, saving them time and resources.”

The pair say they have validated solutions ready to deploy across a network for vEPC (evolved packet core), 5G Core, IMS, OSS and BSS.

Edgecore Networks has also announced a high-speed 400G disaggregated cell site gateway (DCSG). The CSR440 gateway router enables carriers to upgrade their network infrastructure to 400G and address the “challenges” of 5G deployment and the tremendous traffic growth in the network, says the vendor.

“Edgecore’s 400G DCSG is a key milestone in disaggregated 5G networking, as carriers can deploy an agile, scalable and multi-vendor mobile architecture built on best-in-class components, and which is capable of unprecedented capacity,” says Mike Heffner, SVP and GM of edge cloud at ADVA.

“Edgecore is offering a way to escape the constraints of closed proprietary systems while also addressing soaring data demand.”

The Open RAN market is being targeted by HPE too, which has launched its RAN Automation service management and orchestration platform to help network operators more easily deploy disaggregated networks.

With its intervention, HPE is trying to address the issues that TIP is doing with its training academy.

According to Tom Craig, VP at HPE’s Communications Technology Group, around 60% of mobile network operators still have no automation implemented in their networks “to any scale”.

“Operators see a cloud of complexity coming into the networking environment, they see an ageing workforce demographic, and they see a need to drive down the manual processes in how they deliver and operate their networks,” says Craig.

“How do we drive these projects of disaggregation without again adding complexity to an already strained environment?,” he asks. “We’re saying we will radically simplify deployments for the RAN of the future.”

We can expect to see many more new technology offerings in the Open RAN space. Let’s hope CSPs can catch up.

UK communications regulator Ofcom has started a consultation on opening up more spectrum to allow satellite operators to provide a wider range of broadband services, particularly in hard-to-reach areas.

This is particularly a good idea when it comes to serving the needs of industry. The consultation closes at the end of this August, and I imagine other national regulators will be considering similar moves, when taking into account it is estimated that only about 10% of the earth’s surface is served by terrestrial networks.

The maritime, agricultural, mining, oil & gas, utilities, and transport & logistics industries, among others, can’t solely rely on cellular to efficiently and safely run their businesses when it comes to collecting and managing data.

There has been a glaring missing piece in the jigsaw of the global Internet of Things (IoT), which could well be filled by enterprise satellite services. There has already been increased demand for satellite IoT, which is borne out by research from analyst firm Berg Insight.

If the price per kilobyte of more expensive satellite data can be brought down, there is a strong possibility of this growth happening. If more spectrum is opened up to more potential players, business logic dictates there is more chance of that price fall happening.