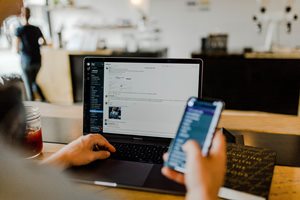 The relationship between 5G and wi-fi is a complicated one. Wi-fi has long been woven deeply into the cultural fabric of our daily lives from enhancing business operations to enabling education and much more, says Markus Nispel, VP of international markets, office of the CTO, Extreme Networks.

Then there’s 5G, which has generated a lot of hype and is continuing to expand in terms of the breadth of use cases it enables. For example, there is a growing enterprise interest in private 5G, with practical use cases including video analytics and industrial IoT in manufacturing or logistics networks.

As a result, there’s been a lot of talk about the future of wireless technologies and whether wi-fi will be replaced. And, while some of it is true, there are still many misconceptions around these two technologies from their respective market impact to if (or how) they will converge. But what’s the truth? Here, we shed light on some of the biggest misconceptions regarding 5G and wi-fi networks.

This myth concerns the framework by which we compare the two technologies. The wireless industry has recently been comparing wi-fi 6 with 5G but, when you consider the development timelines, this comparison simply doesn’t make sense. It’s like comparing an entire season of a TV show with a single episode of another.

That’s because wi-fi and 5G develop at different rates. Wi-fi has always released and adopted new standards in 3 to 4-year increments, so each generation lasts a few years before the next update comes along. Cellular has a similar incremental process known as 3GPP releases but these updates are bundled together into generational packages known as 4G or 5G that last around a decade.

These differing approaches make sense. Cellular generally requires longer deployment cycles and more complex integrations, whereas wi-fi lifecycles are much more agile. However, the result is that we end up comparing the wrong things. Instead of comparing wi-fi 6 with 5G, it would be more accurate to compare it with 3GPP Release 16.

We as an industry have to start comparing wi-fi and 5G in the right way. We must align the timelines and consider the development lifecycles of these technologies, rather than just when they’re released.

This one is a bit of a grey area, which all comes down to how we think about the 5G technology market. 5G can be very roughly divided into two segments: macro and micro (or private).

The private space includes everything that’s deployed or operated by enterprises. This market as a whole may eventually become bigger than wi-fi, but that doesn’t mean they are always competitors. There are multiple sub-markets here, which include DAS replacement for neutral host, solutions that replace other legacy approaches to communications and voice, solutions for IoT, fixed wireless access for WWAN, and a number of IT/OT use cases on the enterprise LAN.

What this means is that private 5G must be sliced up in terms of its competitiveness with wi-fi. The truth is that some applications within certain private 5G sub-markets certainly do compete, whereas others don’t.

This is another partial truth. The misconception is that, because wi-fi has been deployed in the enterprise, 5G needs to become just like it. But cellular actually brings several strengths as a technology that wi-fi doesn’t currently offer.

For example, it delivers superior coverage per radio, which is partly a function of spectrum regulations and transmit power, but there are also technical elements of cellular as a protocol that improve range beyond wi-fi. It also has advantages with mobility, security and application determinism.

Of course, wi-fi has its own strengths most notably its usability, unlicensed spectrum, LAN integration capabilities, and cost-efficiency. But rather than saying that 5G should become just like wi-fi, we should be recognising that they have different strengths. Wi-Fi’s shortcomings (most notably coverage and determinism) tend to be 5G’s strengths.

So in some areas, 5G definitely must become more like wi-fi in order to gain traction in the enterprise. But the wi-fi industry should also be considering its relative weaknesses during the development of wi-fi 7, so it can start closing gaps against 5G’s strengths (I would focus on better application SLAs and improving roaming).

The convergence debate generates plenty of attention in the wireless industry. People often say that the two technologies will eventually converge because they’ll both be deployed in the enterprise, driven by a mixture of business opportunities and operational requirements for capabilities like increased resiliency and ubiquitous coverage.

This does have some truth in it, but the misconception is usually the way in which they’ll converge. The elements that will converge are the experience elements, particularly as private 5G enters the mix of wired and wireless integration. This will cover areas like the management process, the policy, and the platforms (edge and cloud) these technologies are deployed on. Enterprise IT users put a high premium on usability and unified management, so private 5G will no doubt be pulled into that fold. Route to market will also converge as enterprise-focused partners and system integrators add private 5G skills and solutions to their portfolios.

What won’t converge are the protocols. 3GPP and IEEE/wi-fi Alliance efforts will not collapse into one. Similarly, many think that radio hardware will be an early area of convergence assuming that we’ll just add a 5G radio to wi-fi access points. But these technologies use different spectrums, solve different requirements, and are deployed in different densities. Adding radios also adds cost and power draw requirements. It may be a future, but these limiting factors mean it’s not a near-term reality.

This is an important one. Here’s how the process works. The ITU comes out with requirements for 5G technology. Then 3GPP develops a series of releases that can address those requirements. Here are a few examples of ITU objectives:

However, these specs are rarely what the user actually experiences. Keep in mind that the 3GPP releases define technology blueprints i.e., how you *can* deliver a specific requirement, not necessarily how you *will* deliver it. In reality, products never adopt all the features of the releases. And similarly, these numbers (like 20 Gbps) are thrown around as if they’re the norm for users, but there’s usually a significant difference between what’s advertised and what 5G will actually deliver to any given user.

Similarly, the 1ms latency requirement is thrown around everywhere, but that’s not realistic in terms of what 5G can do today. Even if/when it does deliver this, keep in mind that this is a one-way radio-only measurement, not an end-to-end system metric. So, whether it’s with 5G or wi-fi, users must always remember to take any advertised specs with a pinch of salt.

Ultimately, there’s still a long way to go for both of these technologies, as each generation continues to evolve faster than its predecessor. The potential for both wi-fi and 5G is huge. As an industry and a user base, we must all remember to focus on what’s important, and not let myths or misconceptions sway our judgement.

The author is Markus Nispel, VP of international markets, office of the CTO, Extreme Networks.