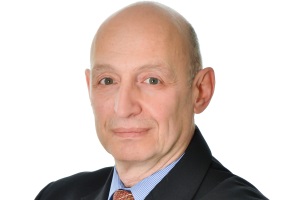 The world of data changes at an exponential rate. And for businesses across all sectors, what used to be acceptable in terms of speed, reliability, functionality, security, and back-up no longer meets modern requirements. But rather than look to upgrade the leased service from their current network provider, businesses today should consider creating their own private fibre optic network it can cost less and deliver more, as Jonathan Homa of Ribbon explains.

Data demand only goes in one direction up. Businesses want more data capacity, faster data speeds, and greater reliability. And the importance of the data passing across these networks also demands enhanced security and the availability of fail-safe back-up systems.

The issue for the public networks and communication service providers (CSPs) is that it is increasingly hard to keep pace with that demand and meet the requirements of enterprise companies. In fact, for many enterprises, moving to a private optical network could represent a better, more sustainable deal than trying to upgrade the service they lease from a CSP.

Moving to a private optical network could enable enterprise companies to make a generational leap in their network service. They can move to a network that not only features enhanced speeds and security, but one that could also scale to handle future demands.

Private networks also offer another important advantage over public systems they can be precisely specified to meet exact requirements; for example, routes with guaranteed low-latency connections, secondary paths to provide fail-safe options, and layer 1 optical encryption to protect the security of the data.

Today, the majority of enterprise workloads, and the heavy lifting in terms of computing power, is all being processed in cloud data centres. That means the demands being made upon Enterprise networks have increased from largely office-based communications to the requirement for constant access to cloud resources. The bandwidth demands are much higher as a result, but also the latency on the connection becomes a key factor. Low to very low latency is essential when looking to draw real-time, actionable data down from a cloud resource something that is common and business critical in the world of financial services.

These optical links are also ideal for networks that need the reliability of synchronous data replication a technique that both reduces data loss and speeds recovery by virtually eliminating downtime. When a network suffers an event that causes disruption, those are the two factors that are most critical to ensuring business continuity how much data has been lost or affected by the event, and how long will it take to recover and restore normal service.

With synchronous data replication across a private optical network, the low-latency connections effectively allow for data transactions to be replicated in real-time in a back-up data centre. Typically, a transaction would be initiated with a primary data centre, and then immediately replicated in a second centre before the confirmation of the transaction is confirmed from the primary source. The several millisecond latency connections mean the users still see instant transactions but now the network also has constantly available instant back-up that virtually eliminates downtime.  This is a level of data protection that public networks find almost impossible to replicate.

The other form of data protection that optical transport networks can offer is security against targeted hacking. The sad fact is that hacking optical networks private or public to intercept and read the data being carried is less complicated than many would imagine. But choosing a private optical network enables enterprises to control and add encryption at layer 1 of the data transmission, and to do so end-to-end using encryption keys at both the transmit and receive ends of the pathway. This means any data intercepted by a hacker during its transmission the most vulnerable part of the process is indecipherable and worthless.

Of course, there is a capital cost involved in providing the network; however, there are no ongoing usage costs associated with the connectivity compared to leasing capacity on public networks. As a result, the return on that initial capital investment can be seen in as little as 18 months and rarely longer than two and a half years.

All of which means that in the network upgrade debate, there’s little room for doubt that, in the enterprise market, the scales now are tipping firmly in the direction of specifying and commissioning your own private optical network.

The author is Jonathan Homa, senior director of solutions marketing of Ribbon.