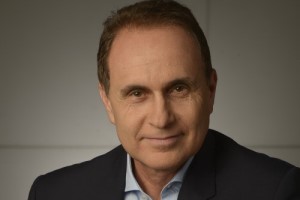 Jersey, NJ, USA. 24 May 2022 – Amdocs, a provider of software and services to communications and media companies, has entered into a definitive agreement to acquire MYCOM OSI. MYCOM OSI is a UK-headquartered company providing SaaS-based cloud network and service assurance solutions to communications service providers globally.

MYCOM OSI delivers 5G assurance applications and solutions to multiple customers with 5G networks, as well as serving wireline operator networks, which are becoming increasingly virtualised, containerised and software defined. MYCOM OSI’s cloud-native solutions leverage the benefits of the cloud such as scalability, cost and reliability, and support the converged network-cloud ecosystem.

“This is a strategic growth move that builds on our other recent successful acquisitions in the network and cloud space and executes on three of our core strategic pillars intelligent network automation, 5G and cloud,” says Shuky Sheffer, president and CEO at Amdocs. “As the network and services of the 5G era become increasingly dynamic and complex, a holistic, end-to-end approach is key and can only be achieved with a powerful AI-backed assurance solution suite. That’s why we’re so excited to welcome the highly talented and dedicated MYCOM OSI team to Amdocs.”

“MYCOM OSI has a track record of continuous innovation and helping service providers around the world predict and resolve network problems before they impact customers, while reducing operational costs through automation and AI,” says Andrew Coll, chief executive officer at MYCOM OSI. “We’re excited to be embarking on the next chapter of our company story as part of the Amdocs family as we bring our combined expertise together under one roof. At a time of rapid transformation in the communications sector, the combined scale and deep domain expertise will create a broad range of complementary and innovative solutions, such as closed-loop automation to help service providers in deploying 5G networks and services at scale.”

MYCOM OSI is a privately-owned business that works with top-tier service providers worldwide. In addition to its London HQ, MYCOM OSI has offices in the US, France, UAE, India and Singapore. It was the first service assurance vendor to offer its applications on the public cloud as a subscription-based SaaS.

Amdocs’ board of directors has approved the transaction for a consideration of approximately US$188 million (€176.09 million) in cash. Subject to the satisfaction of the conditions to closing, the deal is expected to be completed in the fourth quarter of fiscal 2022. Revenue from MYCOM OSI is expected to be immaterial in fiscal 2022 and will add less than 1% to total revenue on an annualised basis.

The impact on GAAP diluted EPS will not be known until after Amdocs completes the purchase price allocation.