Mending the bridges between telcos and big tech 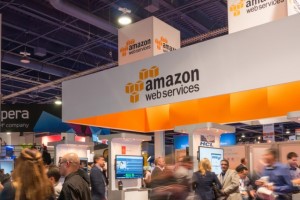 Over the past year, a number of telco CEOs have been queuing up to complain that over-the-top (OTT) cloud services companies don’t pay much towards the upkeep and expansion of the telco networks they use to deliver their services. Business technology journalist Antony Savvas outlines some new telco partnerships that at least go some way to mending the bridges between traditional telcos and US big tech.

This February, leaders from Telefonica, Deutsche Telekom, Vodafone and Orange published an open letter to the European Commission demanding that it puts a network levy on the big internet content creators. Such a move is certainly being considered by Commission legislators, as part of their drive to promote digital transformation across Europe.

But the disagreement on network finance is not stopping the two sides from working together to ultimately improve the bottom line of the telcos.

BT’s Digital unit has sealed an agreement with Amazon Web Services (AWS) as part of its drive to transform legacy infrastructure and internal applications to a new cloud-first architecture.

The effort will help reduce costs in its IT maintenance, ultimately delivering “more value” for its consumer, enterprise, global and Openreach wholesale customers, says BT.

The agreement is one element of BT’s ongoing broader modernisation programme, that aims to deliver £2 billion (€2.34 billion) in gross annualised savings by the end of FY24, as BT retires legacy applications, associated infrastructure and data centres.

“We have a big opportunity when it comes to modernising our infrastructure, and our collaboration with AWS is a key one for us as we deliver the transformation needed to accelerate BT,” says Thomas Ducke, chief operating officer for BT Digital.

Adolfo Hernandez, vice president and general manager for the telecom global industry business unit at AWS, adds, “BT’s move to cloud-first applications can help reduce IT maintenance costs, streamline operations and help it better adapt to evolving customer needs. Plus, the AWS pay-as-you-go model offers flexibility so BT only pays for the IT needed.”

Over the next five years, BT says it intends to continue to make “significant investments and use” of AWS technology, with a particular focus on application workloads via containers and server-less technologies.

It seems, in BT’s case, it is better to keep your data services competitors close to you. While, on the other hand, AWS has the chance to further develop its cloud business, as the main profitable cash cow of mother company Amazon Group.

One telco named on that letter to the European Commission, Vodafone, has also been beaming about the technology deal it has struck with big tech, in this case AWS rival, Google Cloud.

Google Cloud and data analytics specialist Cardinality.io have been brought in by Vodafone to build a “smarter” pan-European cloud-native network performance platform, to give the telco’s customers a “consistently faster” and “highly reliable” mobile experience.

The Vodafone Unified Performance Management (UPM) platform is now being implemented across 11 European countries, and will “transform” the way it plans, builds and manages its network over the next five years, the telco says.

There’s no mention of exclusivity about the type of network technology that Vodafone’s cloud partners are putting into its network. So as all mobile operators are looking to get the best out of the new 5G networks they are now deploying, Vodafone can certainly expect many of its traditional telco rivals to take a snoop at what it’s doing to improve its bottom line.

This should prove to be no real surprise, considering that Vodafone’s European companies and data scientists will be able to draw on “billions of vital network performance data points” from a “secure cloud data pool” using the new platform. It will replace over 100 separate network performance applications in use today, providing a single source of “clean” data in the cloud, that can be analysed and optimised using artificial intelligence (AI), say the partners.

The platform, using a hybrid cloud architecture, is based on Google Cloud’s smart analytics portfolio and ML/AI tools and Cardinality.io’s telecom industry expertise and cloud-native DataOps and analytics technology. All data is stored within Vodafone’s own on-premise data lake on servers in Europe. Data will be protected with encryption, anonymisation, pseudonymisation and aggregation, and will be accessible only by authorised users.

Vodafone says it will be able to plan 5G investment with “pinpoint precision” in the areas where demand is the greatest, such as in cities, travel corridors, ports, industrial hubs, and in specialist areas such as mobile private networks, as well as target rural areas with patchy coverage.

“As the needs of our 300 million-plus mobile customers evolve, so will our network using this new platform, which uses our global scale to manage traffic growth cheaper and more efficiently, and supports the full automation of our network by 2025,” says Johan Wibergh, chief technology officer of Vodafone.

Vodafone expects to resolve 80% of all network incidents end-to-end without human intervention.

Telefónica is another of those telcos who signed the European Commission letter calling for action against big tech. It’s international Telefónica Tech services unit has just announced the acquisition of leading European Microsoft cloud solutions provider BE-terna for up to €350 million (including potential earn-outs).

The acquisition, says Telefonica Tech, makes it a “relevant” tech services player by “securing a presence” in Germany, Austria, Switzerland, the Adriatic region and the Nordics.

BE-terna specialises in driving digital transformation at companies using mainly Microsoft technologies, but it also has partnerships with Infor, UI Path and Qlik to optimise business processes for different industries. It has 1,650 existing customers, and a team of over 1,000 employees across almost 30 locations, “significantly” growing the geographic footprint and managed services capabilities of Telefónica Tech, it says.

“BE-terna will reinforce our cloud capabilities in Germany and enable us to enter into other Central European and Nordic markets,” confirms José Cerdán, CEO of Telefónica Tech. “As the pandemic forces a faster move to the cloud and a greater need for digital transformation, Microsoft stands as one of the preferred partners for these projects.”

So it does, and expect many more telco alliance deals with big tech, as natural competition is put to one side, and mutual growth opportunities are sought instead.