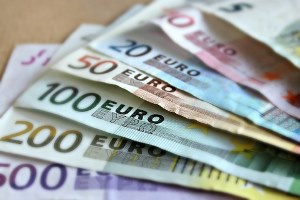 The EMEA and Latin America operators Bouygues Telecom, Cellnex, KPN, MTN, Telefonica and WindTre have formed a new alliance that can better address the evolving market needs in these regions.

The ‘Alaian’ alliance, whatever that means, and it hasn’t been explained by the participants, aims to share innovation and plans to work with start-ups to develop new products and services.

It is potentially significant, considering that the six operators have a combined customer base of 700 million across 50 countries, which is about a quarter of the world.

Alaian wants to work with start-ups with a focus on manufacturing and logistics, utilities and energy, retail, media, entertainment and gaming, and, of course, the Metaverse.

These are all markets that are expected to be driven by the 5G networks that are now being rolled out globally, and start-ups will be key to developing the niche technologies and services that will help fill them.

The competition is not only amongst telcos, but also against the over-the-top (OTT) content and service providers, including Amazon, Google, Microsoft and Facebook, for instance.

The Alaian participants have chosen to go it alone in this initiative, but other telcos have climbed into bed with the OTT players. Vodafone, for instance, has an expanding alliance around 5G and edge services with Amazon in the US and EMEA, which includes working with start-ups to develop and roll-out services for specific use cases.

Show me the money

When it comes to attracting the best start-up talent, in a number of cases it may well come down to money. Compared to US ‘big tech’, the mobile operators have certainly not got money to burn, and see 5G as an historic opportunity to make much bigger margins from the networks they are building.

Until they do that, they will be playing catch-up when compared to the financial lure of the Amazons and Googles of the rapidly changing communications market.

“The selected [start-up] companies will be able to access the best 5G connectivity and edge computing resources of the alliance’s member telcos, as well as carry out tests in 5G labs, with the intention of integrating them into the solutions of the different telcos,” says Alaian.

I think Alaian misses the point though, the start-ups will invariably be choosing the alliance, or otherwise, not the other way round.

Another entity playing branding gymnastics is BT. It believes that its EE mobile brand is more useful in reaching and winning over consumer customers of every kind, than the BT brand, which it says is still “well loved” though.

BT spent £12.5 billion (€14.9 billion) acquiring EE, which previously had been known as the slightly dodgy-sounding Everything Everywhere, after the UK businesses of Orange and T-Mobile were merged. The EE brand it acquired was seen as valuable by marketing experts, and they put a price tag on it that was worth billions of pounds. That was one reason why BT had to pay so much for the company, as it sought to get back into mobile networks market in a big way, after previously selling off the BT Cellnet operation, which then became O2.

The BT brand however was, and still is, worth much more in brand recognition and industry legacy terms. That’s one reason why BT/EE phone stores use both brands.

But BT has bitten the bullet and says EE will now be used to flog services to consumers, and BT to sell services to businesses in the UK and internationally. As all of us in the UK, and other places, have grown up with the BT brand, because it is such an old company, any justification for targeting a younger consumer audience with EE is not clear.

Maybe everyone could have got over any change a lot quicker if BT had simply dropped one of the brands when it acquired EE in the first place, as it was pretty clear every communications service was converging both on the technology and sales front anyway?

“An idiot would simply suggest that the new company runs both brands side by side, or uses BT for broadband and EE for mobile,” said branding consultant and marketing professor Mark Ritson, in Marketing Week in January 2016, before the acquisition. “The costs of such a dual execution, combined with the lack of corporate focus, would leave BT significantly vulnerable to competitors over the long haul.”

He advised that one of the brands should be dropped, and suggested that it should be EE, following the disappearance of Orange, T-Mobile and BT Cellnet in the same market.

Over six years later, BT has chosen to at least do something about the brand clash through separating the target go-to-market. Whether it makes any difference to the group’s bottom line though is anyone’s guess. We’ll try and revisit, in maybe 2028.

A brand owned and run by NTT is making a big jump towards providing international 5G-based IoT (Internet of Things) services to companies.

Transatel has unveiled its worldwide 5G IoT services platform in France, which will expand to Belgium, Japan and the US in “the coming weeks”, says Transatel. It will then be extended to other territories.

For the French launch, Transatel has chosen French mobile operator SFR to deploy 5G with IoT MVNOs (mobile virtual network operators). With the technology, SIM and eSIM compatible PCs, tablets and routers will support data-intensive applications with “reliability” and low latency across industries, says the company.

It is targeting edge and artificial intelligence-based applications, such as video content analysis, push-to-talk, autonomous robots and vehicles.

Transatel has its own telecom infrastructure and access agreements for 2G, 3G, 4G, LTE-M and now 5G, negotiated directly with hundreds of mobile network operators around the world. It says its SIM and eSIM cards are already embedded in more than 3 million devices globally, but many of these, of course, will not be geared to connect to the new network.

But if new IoT deployments scale as quickly as predicted with the help of 5G, Transatel will potentially be in a strong position to build its embedded business far higher.