As one telco acquisition stalls, another opens 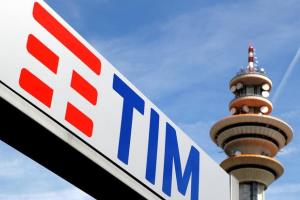 The move by investment firm KKR to acquire Italy’s national telco TIM has finally stalled, but all eyes will now be on another potential acquisition of a famous brand. Business technology journalist, Antony Savvas looks at the possibility of it happening.

The TIM board has literally closed the books on any potential acquisition by KKR, after refusing to allow it to see its accounts to complete due diligence before moving forward with any formal bid for the telco.

The touted deal was said to be worth €33.2 billion, with €22.5 billion of that covering TIM’s embarrassingly high debt. The telco’s equity was valued at €10.8 billion, after KKR initially offered a premium of 46% over the company’s actual share price at the time of the outline bid.

This indicates the poor financial state TIM is in, after successive profit warnings. But KKR’s move seems to have jolted TIM into positive action, with a stream of announcements since, covering leadership and operational restructures that will hopefully improve matters.

Unless something strange happens to usual business practices, and KKR decides to bid blind for TIM, then TIM will remain under its existing ownership, with the Italian government retaining a “golden share” in the operator.

This was all very predictable in the current geo-political climate, with very few governments probably willing to let “their” national telco come under the control of a foreign investor.

Telecoms, backbone communications networks and fibre broadband services are now largely seen as critical national infrastructure, and governments and businesses expect to see such operations working to national interests, not to the whims of foreign investors.

As I’ve asked before, would the UK, French and German governments, for instance, really allow the likes of BT, Orange and Deutsche Telekom to come under total foreign control, when communications networks play a key role in building a nation in a competitive global market, and when every country is now looking to technology to aid recovery following the pandemic?

We know the answer to that, but let’s move on to the latest potential telco takeover, that of TalkTalk in the UK. A large chunk of its owned network is based on crucial fibre-only services, but this deal may actually have legs, as it isn’t the largest telco player in the country.

TalkTalk is a significant player in the UK market though, with 4.2 million customers and sales of £1.4 billion (€1.67 billion), covering calls, broadband and TV services. Both Vodafone and Sky are said to be moving in on TalkTalk, for a purchase of the company said to be worth around £3 billion (€3.58 billion).

Vodafone and Sky would be keen to add TalkTalk’s network to their connectivity reach, as most of their broadband customers are supported by networks run by rival BT. These two also know they probably have to up their game following the alliance recently struck between Telefonica’s O2 and Liberty Global’s Virgin Media, in the joint provision of broadband and TV services in the UK under the Virgin Media O2 brand.

TalkTalk has asked investment bank Lazard to review its options after receiving unsolicited approaches for its business. It was only taken private 16 months ago in a £1.1 billion (€1.31 billion) deal backed by hedge fund Toscafund.

Earlier this year, Cevian Capital, an activist investor in Vodafone, demanded that the firm improve its financial performance, and acquiring TalkTalk, with its widening fibre-only broadband services footprint in key UK cities, may be seen as an affordable way towards that.

A £3 billion deal would certainly turn the head of Toscafund, and TalkTalk is an increasingly attractive proposition to buyers as it is now freshening up its operations.

Only last week, it announced the acquisition of Virtual1, a wholesale provider of high-speed services to companies, for an undisclosed sum. Virtual1 presents an opportunity for TalkTalk to increase its scale as a national provider of Ethernet-based (EAD/leased lines) solutions. TalkTalk and Virtual1 said they will achieve a combined EAD market share of 25% in the UK, by combining operations.

The deal will allow TalkTalk partners to benefit from Virtual1’s capabilities in automation, APIs (application program interfaces) and portal technology, all built off software-defined network services.

It would not be surprising to see other players come into the frame to acquire TalkTalk, but the fact that Vodafone is British, and Comcast-owned Sky has its main operations in the UK, would ease negotiations with market regulators.

As global telcos ramp up their fibre connectivity capacity, we can bid farewell to a fibre pioneer.

Michael Robertson, 66, has spent four decades leading developments in the field of photonics, and is retiring from his role as research and collaboration manager at the world-famous Adastral Park site in Ipswich, Suffolk, UK.

When Robertson first began there, researchers were developing the first prototype systems with speeds of 8Mb per second. Now, speeds of 50Gb per second, 6,000 times faster, are common.

Adastral was formerly owned by a branch of the UK Post Office, was then owned by British Telecom when that privatised entity was formed in the 1980s, and became part of US-owned Corning in 2000, when BT laughably sold it off just before the dotcom boom.

After the dotcom bubble burst though, Corning sacked the entire workforce in a desperate move to conserve cash. Both BT and Corning obviously didn’t see where the future of communications lay. Adastral was saved, however, when it was rightly nationalised by the UK Labour government of the time. The Conservative-led government of 2012 then sold Adastral off to China’s Huawei.

In the past decade, the workforce has more than doubled, helping to make products that are sold globally.

Robertson says: “The cultural transition has worked very well. Huawei is a lot more focused on results within tight timescales, but there is a lot of mutual respect. And the company is run by engineers and technologists.”

Robertson’s one regret is that the UK didn’t invest sooner in fibre-to-the-home. He believes the opportunity should have been taken over a decade ago. Now the government is playing catch-up, he says. “It’s a disappointment. In 2019, the UK was actually bottom of the list in Europe for fibre-to-the-home. We’re now something like 30th.”

Maybe there’s a lesson there for the whole industry: Listen to the engineers, not the bean-counters.