Industry 4.0 proving to be a tall order for many 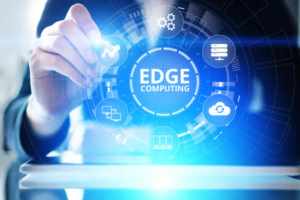 A growing number of industrial oganisations have realised it is far more efficient and cost-effective to process their data close to where it is needed, at the edge. But do firms actually have the skills in the Internet of Things (IoT) to make it happen? Business technology journalist, Antony Savvas considers some of the latest research on the matter.

The edge enables quicker decision-making as the data is processed and analysed near to users, instead of being sent to some distant cloud data centre first, avoiding any intermittent connectivity and network latency issues. And as the amount of overall network traffic generated by the organisation is also reduced, the edge can be a useful cost saver too.

Industry 4.0 at the edge

The Fourth Industrial Revolution, otherwise known as Industry 4.0, has been driven by the development of various emerging technologies over the last few years, including robotics, artificial intelligence, nanotechnology, quantum computing, biotechnology, the internet of things, the industrial internet of things (IIoT), 5G mobile, 3D printing, and fully autonomous vehicles.

Many of these technologies are and can be embedded into manufacturing processes at the edge, so Industry 4.0 is seen as increasingly important when it comes to improving interconnectivity between machines and people, and delivering information transparency to improve decision-making.

With Industry 4.0, decentralised decisions are made possible through automation and machines located at the edge that are given autonomous functions. This all leads to potentially “smart” factories that can benefit from predictive and reliable maintenance, for instance.

A lack of skills

But research from Inmarsat reveals half of industrial businesses, that could take advantage of IoT and Industry 4.0, lack the skills to do so. Among 450 companies worldwide, including those in agriculture, electrical utilities, mining, oil and gas, and transport and logistics, 47% said they lacked the skills in connectivity technology to take advantage, and 50% cited a cyber security skills gap. In addition, data science and analytics skills were a problem for 49%, and technical support was a problem for 48%.

Many businesses also said their organisation lacked the strategic IoT skills needed in the C-suite or senior leadership team to fully integrate IoT into their overall business strategies, with under a third (32%) claiming to have all the skills needed at this level.

It’s also clear this is a great opportunity for telcos to carve out a useful slice in the IIoT space, considering they currently control most of what is going on at the edge.

Despite acknowledging the clear gap between the skills held in house and those needed to deploy IoT projects, a minority of organisations turn to outsourcing as a solution. Overall, only a third (33%) of all respondents currently look to partner with an IoT service provider to support an end-to-end solution, and work with them to plan, implement and maintain it.

As Mike Carter, president of Inmarsat Enterprise, rightly says, “Despite strong levels of IoT adoption across the board, skills shortages continue to be the top barrier to industrial IoT adoption. To help plug skills gaps, it is clear that more businesses need to develop formal IoT strategies, to prioritise IoT at the boardroom level and to develop better relationships with IoT service providers.”

Paradoxically, despite being in control of the main edge data points, the cell towers, many telcos continue to sell off or spin-out these prized assets, greatly diluting the influence they have over the potentially lucrative edge market.

Deutsche Telekom has just moved to the first mooted phase of selling off its tower business, which could be worth around €18 billion, according to some reports. This is certainly big money, but would a sell-off prove to be offloading the family silver ahead of better edge operating times ahead?

DT’s tower business is spread over 40,000 locations and is said to have generated revenues of around €1.1 billion last year. An amount, again, not to be sniffed at. But what if it is about to rapidly grow, as a result of more content providers moving their equipment into tower sites to get much closer to their customers at the edge?

Loss-making Telecom Italia is also diluting its share in a tower consortium to raise much-needed cash, and the likes of Vodafone and Orange have previously moved to share their ownership of tower networks.

Towers are certainly seen as central to technology vendors when it comes to addressing the needs of the edge market, with companies, including VMware, Dell, HPE, Robin.io (recently acquired by Rakuten) and Samsung, recently launching products designed to support low-footprint computing in tower base stations, in response to edge growth.

Last week, I attended the IT Press Tour across Silicon Valley, and most of the application vendors we met cited the telecoms industry as a key vertical for their databases, operational software and data analytics engines, with these technologies equally aimed at both the edge and the cloud, in another illustration as to where the IT industry sees future services growth.

In a data security development, the US is expected to activate a new law requiring the quicker disclosure of cyber security data breaches. Already recently approved by both the House and the Senate, the legislation is now only waiting for the signature of US president Joe Biden to come into effect.

The impending law requires critical infrastructure owners and operators to quickly report to the Cybersecurity and Infrastructure Security Agency (CISA) any major cyber attacks they experience, or if they make a ransomware payment. Attacks must be reported within 72 hours of their discovery and ransomware payments have to be disclosed within 24 hours, so CISA can consider its own responses to help protect the wider market.

There is a wider plan to set up a ransomware task force to coordinate federal efforts, in consultation with industry, to help prevent and disrupt future ransomware attacks.

No one expects Joe to fall asleep at the wheel on this one, so it’s game on for US communication service providers.