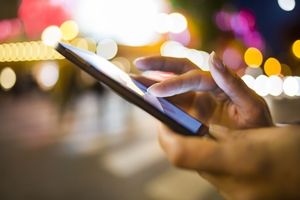 A story of two telcos, as one eagerly rushes to new business openings, and another fights for its survival. Here, business technology journalist Antony Savvas outlines the good, the bad and the ugly.

Rakuten Symphony, which recently announced that it was ramping up its European mobile services footprint, with new or expanded units in the UK, France and Germany, has acquired key 5G and edge vendor Robin.io.

Robin.io is a leading player in the cloud-native mobile services market and the evolving Open RAN mobile networking space. Open RAN allows service providers to use a mix and match approach to delivering new services, instead of relying on more expensive one-stop solutions from the likes of Nokia, Ericsson and Huawei.

“The addition of Robin.io’s multi-cloud mobility, hyper automation and orchestration capabilities to the Rakuten Symphony portfolio allows the creation of highly efficient, consistent and high-performance cloud infrastructure and operations, from edge to central data centre,” says Japan-headquartered Rakuten, which, of course, owns the Rakuten Mobile business.

News of the acquisition came out of the blue, as Robin.io was marketing its recently launched Open RAN solutions at Mobile World Congress in Barcelona last week. Rakuten Mobile already uses Robin.io technology in its Japanese mobile network, which is one of Robin.io’s key customers in the wild, and used extensively as a reference design.

One consideration after the acquisition will be whether other mobile operators and service providers will be so keen on a now non-independent Robin.io, particularly when it comes to sharing international project and deployment plans with it.

Then again, if the technology is proving to be good, that may not make such a difference in most cases. Robin.io competes against companies like VMware and the telecoms units operated by both Dell Technologies and HPE, for instance, who are all making a big play around Open RAN.

“Robin.io’s cloud capability is proven to be effective for the most demanding workloads in mobile and we believe it will allow Rakuten Symphony to safely accelerate cloud-native transformation for our customers and prepare the industry for the future,” says Tareq Amin, CEO of Rakuten Symphony. “We plan to continue to invest in Robin.io’s products, to offer the most advanced and highly-integrated cloud platform mobile operators demand.”

As well as Japan, Rakuten Symphony has a local presence in the US, Singapore, India and across EMEA. And it is probably looking to potentially expand that US presence with a very high-profile appointment indeed.

It has brought Ajit Pai, the controversial former chairman of US regulator the Federal Communications Commission (FCC), onto its board. It clearly doesn’t mind that Pai was a polarising figure in the US telecoms market, by effectively ending “net neutrality” there. Net neutrality guarantees that all data traffic gets equal treatment on networks, with no “throttling” in favour of other traffic.

Pai, a Trump appointment for the FCC’s chairman job, and who left when the Biden administration came in, was a darling of most US telcos. This was because he gave them the green light to plan for premium data services, that would put rival services in the internet slow lane.

It obviously wasn’t a popular move among content providers, who didn’t want their traffic slowed if they refused to pay more to have it transported quicker by the telcos. Consumer bodies protested Pai’s position as well.

Rakuten Symphony says of its appointment: “Ajit Pai brings a track record for navigating and guiding challenging industry developments and discourse, with keen recognition of the unique and imminent opportunities that exist to help mobile network operators set a new course for innovation.”

Whether this turns out to be a bad appointment, we shall see. Pai may well help to open some doors for Rakuten Symphony in the US, and maybe elsewhere. But how many others will remain locked across US national and state government and big tech, following Pai’s regular public belittling of his policy opponents? And, since Biden has reversed Pai’s FCC anti-net neutrality order.

Like a sprawling spaghetti western, with more sub-plots than Clint Eastwood would care to put his poncho on for, Telecom Italia (TIM) entered the stage again last week, with a fistful of losses.

TIM reported a €8.7 billion net loss for 2021, after recording a €4.1 billion domestic goodwill impairment to prepare for the spin-off of its fixed line network, on top of a €3.8 billion write-off of a tax benefit, that had provided a boost to its previous year’s earnings.

US investment firm KKR still has a €10.8 billion takeover bid on the table for TIM, an amount that includes all its outstanding debt. But many remain sceptical as to whether joint TIM owner, the Italian government, will ever allow it to happen. Would the German, French and UK governments ever allow Deutsche Telekom, Orange or BT, respectively, to be acquired?

Admittedly, those three aren’t losing financially the way TIM is, but it does have potentially positive plans afoot.

TIM has received a binding offer from French investment fund Ardian, worth about €1.3 billion, for most of its stake in the Italian mobile towers group Inwit. More importantly, it is also moving forward with its plan to split the company, to separately focus on network operations business and services business, something which other telcos have done for many years.

The proposed network unit, NetCo, would include all fixed assets, including the Sparkle data centre business, with TIM saying it would be in a better position to effectively compete in the wholesale market. The planned ServCo unit would include both consumer and enterprise services, along with various subsidiaries.

TIM also said it intended to “accelerate the development of infrastructure assets”, including fibre deployments and 5G mobile over the next three years, benefiting from government funds available from Italy’s post-pandemic National Recovery and Resilience Plan. “I am convinced that the evolution we have planned for the group is a positive break with the past,” says Pietro Labriola, TIM’s recently appointed CEO. Let’s hope so.