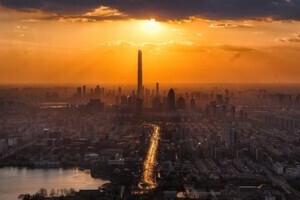 The Internet of Things (IoT) is finally living up to the expectations the industry has long projected. Overall enterprise IoT spending grew 12.1% in 2020 to $128.9 billion (€113.44 billion), according to IoT Analytics, and going forward, the industry analyst firm expects enterprise IoT will grow 26.7% annually. Nearly anyone in any industry now can solve their largest business challenges with connected solutions powered by IoT technology.

These IoT innovators are also developing a deeper understanding of the tools that are available as they plot their IoT courses, and many now recognise the value that partnering with end-to-end connectivity providers brings to the table, says Kenta Yasukawa, CTO and co-founder of Soracom. Development teams are becoming much more sophisticated in their thinking about IoT ecosystem challenges. In some cases, they may have several IoT projects under their belt and now show up armed with a comprehensive list of questions they might not have thought to ask in early days.

From a customer value perspective, there are several features that have emerged as important to IoT innovators when they account for total cost of ownership (TCO) of scaling their IoT projects, including commitment terms, pricing, private networking, cloud integration and security.

One clear theme has emerged, there are still a lot of open questions when it comes to signing a long-term contract for IoT connectivity. While confidence has grown and new projects are seeing higher success rates, not every IoT project fulfills expectations. In early stages, long-term commitments just don’t make sense. Instead, IoT innovators are increasingly seeking commitment-free connectivity that still provides the capabilities they need and the tools to manage their own networks.

One useful feature of commitment-free billing is the ability to scale deployments up or down at any time as project requirements change. For early-stage projects, this provides the flexibility to get prototypes into the field in days or to pause service entirely if needed. For successful projects scaling up, terms can often be adjusted automatically to ensure value at higher volume without renegotiating legacy agreements built around smaller deployments.

Commitment-free connectivity also allows for more flexible lifecycle management, including deployment, operational visibility, remote updates, decommissioning of devices and services, and more. The ability to suspend a SIM card after it’s activated but not in use (such as when it’s in transit to a new site) and then reactivated when it’s needed can help reduce TCO. If such a flexible lifecycle management is combined with a commitment free pricing, there is no or much less risk to use the ability to address security vulnerabilities, e.g., by deactivating a device if malicious behaviour is detected.

In the excitement of building an IoT solution, it’s easy to focus on the base price of connectivity. without considering the many factors that play into the total cost of each device as a project scales. These can include, among other things,  client software, overhead caused by a protocol or authentication mechanism that is not optimised for constraint devices, device management, the cost of hiring hardware and software developers, and larger batteries.

Taking a piecemeal approach can be an expensive solution with lots of heavy lifting (a.k.a., intensive processing) for the solutions developer. Another option to lower the cost of the overall system without compromising on security, manageability and scalability of the system is to use “smart connectivity” in which those developing IoT solutions work with an IoT connectivity provider to take a more holistic look at their IoT strategy. Smart connectivity with “pay as you go” pricing considers all the factors beyond connectivity to help keep costs in check.

IBM and the Ponemon Institute pinpoint the average cost of a data breach at around $4.2 million (€3.70 million), making security a developer’s top priority for IoT projects. Keeping IoT devices off the public internet is the best way to secure a deployment, so investing in solutions that route data where hackers cannot reach it is a great place to get started. By designing an IoT architecture to use a private network from the ground up, most of the attack vectors that have crippled countless IoT projects can be drastically reduced if not outright eliminated. Customers can route traffic directly to their preferred back end (cloud or on-premises) without passing over the public internet. They can also create their own private IoT LAN, device to cloud and back.

IoT requires devices to be deployed in the field. It is important to reduce the complexity of the device side processing, however, making use of cloud requires implementing client side logic, authentication and encryption for those devices to interact with a cloud endpoint that is also heavy liftings for devices with resource constraints. To find success with the IoT, businesses need advanced cloud integrations that can help to shift compute between the network edge and cloud as needed, while connecting directly to leading public clouds or to a customer’s private on-premises systems.

As businesses move into managing large fleets of devices, secure bootstrapping capabilities which are used to establish keys and credential information for secure communication without any pre-provisioned information become critical.

When connecting IoT devices to the cloud, each device needs a unique set of credentials so that cloud services can recognise that they are authorised to enter that cloud environment. This can pose a challenge during manufacturing because each of those unique credentials needs to be flashed uniquely onto each unique device. Moreover, there has to be a way to rotate those credentials over time to maintain the security, however, it is hard coded, the same set of credentials stays for the life time of a device.

A better way is to perform credential provisioning at the bootstrapping phase, so that certificates and other credentials do not need to be preloaded during the manufacturing process. This, in turn, allows IoT innovators to build a master device firmware image that does not require per-device configuration at the point of manufacture, and more effectively manage the typical security risks associated with distributing device credentials. Once a device has received credentials, it can securely communicate with cloud services on any network interface, giving you the ability to build IoT applications that utilise wired or Wi-Fi connection as the primary backhaul, and reserve a cellular connection as a backup.

A smart connectivity provider can use it for the initial authentication when a secure bootstrapping is requested. If it is an embedded SIM (eSIM), it is not easy to take out from a device and reuse for other devices and there is no need to have a process to inset a SIM card to a device during the manufacturing process. It is an advantage in addition to its support for subscription management over the air (OTA) for updates. Not all connectivity providers offer eSIM capabilities, so it’s best to select one that has millions of devices deployed using this technology.

Analyst firm Statista forecasts that by 2025, there will be more than 75 billion connected devices in use. As IoT innovators look to scale their IoT projects, keeping in mind these five considerations can mean the difference between a successful implementation or a trip back to the drawing board.

The author is Kenta Yasukawa, CTO and co-founder of Soracom.

Kenta Yasukawa is CTO and co-founder of Soracom, where he has led deployment of the advanced cloud-native telecom platform, designed specifically for the needs of connected devices. Before co-founding Soracom, Kenta served as a solutions architect with AWS and conducted research for connected homes and cars at Ericsson Research in Tokyo and Stockholm. Kenta holds a Ph.D. in engineering from the Tokyo Institute of Technology, with additional studies in computer science at Columbia University’s Fu Foundation School of Engineering and Applied Science.