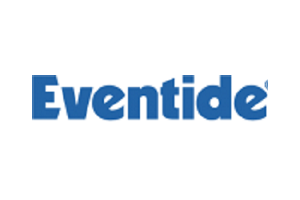 “Eventide has been at the forefront of innovation in the recording industry for over 50 years and this partnership with Softil enables us to continue that tradition and leap into the brave new MCX world in the shortest timeframe,” says Brad Basile, Eventide’s CEO.

“This partnership serves to illustrate the pace at which the MCX world is evolving,” adds Pierre Hagendorf, Softil’s CEO. “Ultimately, all sectors of human endeavor will be driven by MCX technology and Softil’s BEEHD cross-platform enabling technology will be pivotal in bringing about this MCX revolution.”

Recording is a critical element of public safety operations and allows public safety agencies to reconstruct a response to a disaster or crime, run deep analysis, learn from it and much more. As public safety is now embracing MCX/MCPTT/PSBN (Public Safety Broadband Networks), MCX recording is becoming essential for successful service delivery.

Eventide is the recording company to enter the MCX world and has partnered with Softil to create a best-of-breed, versatile MCX recording solution which will support all public safety recording requirements. Importantly, it will also allow seamless connectivity with the systems of all leading MCX service providers around the globe.

Eventide’s direct LTE-based mission-critical push-to-talk (MCPTT) recording solution will change the way that public safety recordings are made. The days when proprietary interfaces for each and every mission-critical system have to be built to access vital information will be gone. Instead, the recording of group and private audio calls, video and messages will be done using 3GPP MCX standards-based interfaces. During incidents, first responder groups will have instant access to a vast amount of on-record incident information whatever the system being used, including what information was pushed to group members, when they shared files, video or data, and the location of every member of a group at anytime.