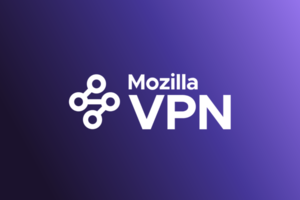 In September Mozilla introduced multi-hop feature on desktop where you can use two VPN servers instead of one VPN server. This powerful privacy feature is very helpful for people who are ultra-conservative when it comes to privacy and includes folks like political activists, journalists writing about sensitive topics.

Mozilla’s VPN mutli-hop feature works by first routing your online activity through one VPN server, the entry VPN server. Then, it routes it another time through a second VPN server, the exit VPN server. Here’s a step-by-step guide to turn it on. Use this extra privacy feature on your mobile devices wherever and whenever you go online.

We know that it’s more important than ever for you to be safe, and for you to know that what you do online is your own business. Developed by Mozilla, a mission-driven company with a 20-year track record of fighting for online privacy and a healthier internet, are committed to innovate and bring new features to the Mozilla VPN. By subscribing to Mozilla VPN, users support both Mozilla’s product development and our mission to build a better web for all.

Check out the Mozilla VPN.

For more on Mozilla VPN: