Are you switched on for the big switch off? 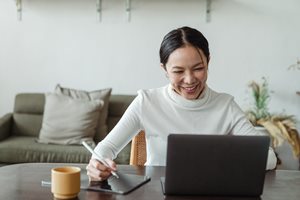 The countdown clock keeps ticking. We’re just three years away from turning off the public switched telephone network (PSTN), but many businesses remain unprepared. While love for the traditional landline continues to dwindle, businesses remain unsure about their options for the future. Here, Ginelle Bell, UK country manager of VoIP phone system provider Ringover, outlines the future of telephony, and how organisations can get switched on for the switch off.

The PSTN was first introduced in 1875 as the sole enabler of telephony. Even today, it still forms a large part of the UK’s telephony infrastructure, connecting voice calls using analogue signals. Over time it was partially digitalised with the introduction of the integrated services digital network (ISDN), which allowed digital signals to use the PSTN to transmit voice data.

Since the introduction of the ISDN, digital signals have typically been used to transmit voice calls, giving the impression that the nation’s telephony system is fully modernised. But ISDN still relies on the PSTN to operate the same infrastructure that was installed in the 1800s. As digitalisation takes hold of all industries, telephony is no different, and BT has decided to switch off the PSTN and encourage all customers to go digital.

The end of the road for the PSTN

When products that use the PSTN are no longer available it’s known as a stop sell. Openreach is gradually expanding the reach of the stop sell across the UK is planning to complete the national stop sell by September 2023. After this date, no new PSTN/ ISDN phone lines will be available to purchase. It won’t even be possible to change the address or business premise of an existing line.

The maturity of the PSTN and the development of new telephony technology means that it’s no longer necessary to have separate networks for the internet and phone lines. The PSTN is surplus to requirements. Instead, all services traditionally carried on the PSTN voice data video and broadcasting must switch to Internet Protocol (IP). So, for businesses currently using PSTN/ ISDN phone lines, it’s crucial to establish a withdrawal strategy now.

A new era of voice communication

The end of the PSTN means that businesses need to find an internet-based alternative for their phone requirements. The answer lies in Voice over Internet Protocol (VoIP).

When you start a VoIP call, your phone communicates with the VoIP service provider and connects you to the desired party by exchanging data packets over the internet. Then, the VoIP phone converts the digital signals back into audio that you can hear. What’s more, with VoIP any device works as a phone. Desktops, laptops and tablets all work as VoIP devices as long as they have an internet connection.

The need for a new system is gaining traction across the country. Ringover predicts that the landline will become extinct by November 2028. Back in 2013 there were more than eight million landlines in the UK offices and workplaces, but this figure now sits at just 4.98 million. Numbers are predicted to fall below two million in spring 2024 and drop under one million in early 2026. VoIP is the technology that will replace the traditional landline.

As well as futureproofing your business and migrating away from the old PSTN, switching to VoIP also comes with several additional features and benefits. VoIP phone systems like Ringover are pieces of software, which means that there is no hardware installation or purchase costs. Adding new lines and scaling the system as your business grows takes just a few minutes.

With remote working taking a permanent seat at the table, switching to VoIP is a wise choice. It gives employees the flexibility to work from anywhere, as long as they have a device with the VoIP software downloaded. Companies can even adopt a bring your own device (BYOD) policy, meaning employees can use their own preferred device and still be contactable while travelling or working from a different location.

You might feel like the PSTN switch off is tomorrow’s problem, but making the switch now will prevent any unexpected disruption when migrating to internet-based phone system. The future of telephony is VoIP. All businesses will have to make the switch at some point it’s just a matter of when. But those that are switched on will do so sooner rather than later to avoid services being switched off.