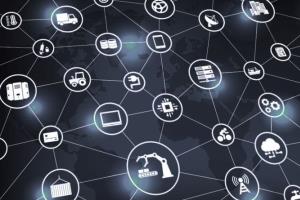 There has been some big industry shake-up news in the past week. Business technology journalist, Antony Savvas evaluates the potential fall-out.

In the world of IoT (Internet of Things), industry trailblazer Sigfox has filed for bankruptcy protection after its operations were apparently affected by the pandemic. But it’s probably more complicated than that. (Also see: Sigfox goes into receivership after raising and spending €300mn, seeks buyer in 6-month court protection).

The company has raised over €300 million in venture funding since it was established, and was aiming to build a comprehensive international IoT network using a low-power wide-area network (LPWAN) configuration.

It has filed its insolvency administration in its home nation of France, citing slow sales of its products and “challenging conditions” in the IoT industry due to the pandemic. That will be news to other communications service providers (CSPS), of course, who have benefited from the demand created for more business connectivity as a result of COVID-19.

Admittedly however, Sigfox does specialise in some niche industry sectors, and maybe some of those industries have put off investment until a more certain business world appears. The insolvency though will be a big disappointment across the extensive partner ecosystem that Sigfox has successfully built up.

Its website is packed with details of new deployments of its technology and new partners who are running with it to deliver low power connectivity to their own customers. But despite this, it is believed the loss-making company was on a warning last year from its auditors that it needed more investment funds to avoid insolvency going forward. These funds have not been forthcoming.

The good news is that the company aims to find a buyer for its operations to “support long-term development and maintain jobs.” And it will continue operations in the meantime, which span 75 countries using capacity from 75 carriers. The network is said to connect 20 million “things” that send around 80 million messages per day.

The network disappearing would leave a big hole in the evolving global IoT network, and maybe Sigfox’s demise is an opportunity for traditional telcos to step in and capture key direct connectivity customers that Sigfox was taking away from them.

Many CSPs have struggled to deliver comprehensive data security in the face of new cyber threats, particularly when it comes to ransomware, but the demands they face will no doubt become trickier if other governments and big companies rightly follow the lead of the US government.

US president Joe Biden had already set out his stall over what he expected around data security last year, in response to a key national oil pipeline becoming the victim of a ransomware attack. The main theme then was “zero trust”, and his administration has now confirmed what it expects from network suppliers around the issue.

The US Office of Management and Budget (OMB) has now published a federal strategy around the US government’s move to a zero trust security model. As part of the deal, government agencies will have to ensure that all devices that federal staff use to do their jobs are consistently tracked and monitored, and that the security set-up of the devices is taken into account when granting access or not to government resources. (Also see: Podcast: IEEE shows Zero Trust protects post-pandemic industries).

Agency systems will also have to be isolated from each other, and the network traffic flowing between and within them will have to be encrypted. This will see networks “segmented” to make sure that if rogue malware does enter systems, it can be prevented from easily travelling laterally across different networks, as well as giving network administrators more time to quarantine threats.

Segmentation is a key part of an advanced “zero trust network access” (ZTNA) strategy, which puts every single packet of data travelling on a network and every user trying to access it under suspicion. Technology is used to automatically evaluate the traffic and check the credentials of users. The applications that users are allowed to access are also strictly controlled by limiting them to the ones they actually need to do their specific jobs, as this further limits the spread of attacks.

A number of security software vendors now claim to offer a comprehensive ZTNA platform to enterprises and service providers. Biden previously said he expected all enterprises to adopt a ZTNA strategy, including those doing business with the US government.

The president said he wanted organisations, not least his own, to be better prepared for attacks, rather than just reacting to them, and ZTNA is a key solution in the toolbox to deliver on this aim.

But instead of leaving this potentially lucrative market to cyber security vendors, telcos should be looking at ways they can use their existing internal security expertise to build their own ZTNA offerings, seeing it is often their own networks the malware travels over!

The news last week that Nvidia was reportedly preparing to walk away from its planned $40 billion (€35.9 billion) takeover of Arm will be welcomed by most of Arm’s major customers, seeing that most of them are rivals to Nvidia. (See earlier report: Nvidia to buy Arm for $40bn to create ‘premier computing company for Age of AI’).

Nvidia is expected to end its involvement in the deal after being bogged down by global investigations conducted by market regulators. Other major technology companies have also said they don’t want Nvidia to control the key chip technologies and designs that will take the data industry forward across 5G and 6G, IoT, artificial intelligence and advanced analytics, and which are available to all under license from Arm as a leader in the field.

While Nvidia would have to pay a $1 billion (€900 million)-plus penalty to Arm owner Softbank if it walked away from the deal, it would be able to spend the rest of the $40 billion (€35.9 billion) it planned to lay out on building up other parts of its business, and still using Arm’s technology to do it. Softbank, after seeing the value of Arm go sky high after Nvidia’s approach, can also instead, perhaps, move towards a lucrative IPO in the US or the UK, if it really wants to cash-in on its prized asset.

While this scenario could be seen as a win-win situation for all, one may ask why the UK government allowed Japan’s Softbank to acquire such a key mission-critical UK asset as Arm in the first place?