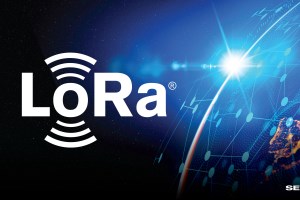 This truly global connectivity for the ‘massive Internet of Things’ (Low Power Wide Area IoT) has the potential to dramatically change environmental monitoring, smart agriculture, mining, oil and gas production, maritime, asset tracking and logistics, transportation and public infrastructure management and many other areas, with commercial services starting this year.

Only 10% of the Earth’s surface has terrestrial connectivity, so providing networks that can deliver data from remote regions is increasingly important.

There is already a huge demand for low-cost global connectivity for IoT devices across many industries with 75 billion IoT devices expected to come online by 2025 according to market research firm Statista. However many of these are in rural or remote locations that lack connectivity. The high stake objective to implement IoT projects helping to protect the planet, develop local economies and improve people life will require massive IoT networks to expand all over the globe.

The advent of cost effective nano-satellites, with innovative 3D metal printing in some cases and low power electronics has shifted the economics of satellite networks in favour of low power IoT networks for all kinds of applications.

Concurrently, small satellites weighing less than 1kg up to 10kg can now be launched by private, shared rockets into a Low Earth Orbit (LEO) of 500km. These form constellations of between tens and up to hundreds of satellites circling the Earth every 120+ minutes (depending on the type of orbit) to provide data coverage to remote regions. The increase in number of satellites mainly leads to reduce the latency of IoT connectivity adding more processing capacity, the global coverage being available with a very limited number of satellites.

This lower orbit is less sensitive to radiation, allowing cheaper components to be used and further cutting the cost of establishing the network. This translates into lower data costs and opens up satellite communications to LPWANs (Low Power Wide Area networks).

LPWAN networks can make use of satellite data links in different ways. A LPWAN network often has thousands of sensor nodes spread around an area, perhaps with kilometres between them. These sensors can be monitoring temperature, humidity, the water in the soil or even smoke to detect the start of forest fires. These sensors, which are battery powered, are connected by the wireless links sending small messages every few minutes, hours or days over a link with a typical bandwidth of hundreds of bit/s up to tens of kilobit/s depending on the radio modulation.

These sensors then connect back to a gateway many kilometres away that links to a backhaul network. In urban areas or smart cities, this can be optical fibre or copper cabling, a 4G or 5G cellular network or even a fixed wireless access point-to-point link. Out in the fields of North America or the deserts of Africa this is not an option. In remote areas, a gateway can connect directly to a satellite through a VSAT or mobile satellite service connection. This is the actual way satellite operators back-haul LPWAN Networks in hard to reach area.

Unfortunately, power supply for the LPWAN gateway is not always available nor secured (safety issues in some region) or IoT devices are spread over wide areas (pipeline monitoring for instance) out of the range of a LPWAN gateway. Therefore, the ability of Lacuna Space, EchoStar and Eutelsat to offer direct device to satellite connectivity is step changing LPWAN satellite business model. IoT sensors being rolled out across continent wide areas and fleet of moving devices being able to span across the globe, including seas. No need to install, power, and maintain a terrestrial gateway infrastructure.

The key is that these satellites carry payloads that handle the LPWAN messages natively using the same modulation schemes as terrestrial networks, relaying the data from all-around the world. Satellite Operators, such as Lacuna Space, EchoStar and Eutelsat are adapting terrestrial gateway architectures to space or develop their own Software Defined Radio system (SDR) implementing the target LPWAN modulation on the space payload.

For the oil and gas industry, the data can be analysing the performance of equipment on oil rigs, on pipelines or on electricity pylons in the harshest of environment. This can provide both sensor data monitoring pipelines and control valves. This data can even be used for predictive maintenance, using machine learning to identify patterns in the data that indicate a machine will fail in the future. This allows equipment to be repaired or replaced during scheduled maintenance rather than failing at a random time.

Out in the forest, the LPWAN sensors can be used to detect the first signs of bush fires in remote areas. The sensors use a mesh network to carry data from one node to another, back to a gateway. This can be powered by a solar panel to provide the link to the satellite and back to a monitor. Again, machine learning algorithms can identify likely areas for fires and allocate resources to fight any outbreaks.

Having a satellite LPWAN system also allows for more efficient supply chains, with equipment and containers tracked around the world. Some LPWAN nodes can connect directly to the satellite without having to use a gateway, allowing consignments to be tracked in real time anywhere in the world, whether on a container ship or a truck in the remotest region making a delivery.

LR-FHSS can support millions of end nodes and delivers a new level of robustness for all kinds of IoT services. It provides high interference resistance that reduces packet collisions by increasing spectral efficiency leading to higher network capacity. The protocol breaks up each data packet being sent from an end node into small pieces, each around 50 millisecond long and randomly spreading them over a defined frequency bandwidth. It also uses redundant physical headers on different frequencies to further improve the modulation robustness against interference, allowing the sub-GHz signals to be picked up by the satellites.

Having a separate satellite data network for IoT applications allows existing sensor networks to expand quickly and easily without replacing the existing network infrastructure. The terrestrial LPWAN and LR-FHSS modulation can coexist at the same time in the gateway or the network server, and the different gateways can coexist in the same network.

This is of increasing interest to applications such as smart metering or smart buildings. LR-FHSS allows more network capacity for end nodes deployed in harsh radio conditions (long range or indoor or deep indoor), in particular smart meters that may be in less accessible places in a building. Having a direct connection to a satellite network avoids the need for building or extending a network of gateways. Market researchers, IHS Markit forecast that smart meters and utility applications connected via LPWAN technologies will total more than 300 million by 2023.

LR-FHSS is also enabled in a suite of tools for the SX1261 and SX1262 transceiver chips, the LoRa Edge platform and the V2.1 gateway reference design. For LoRaWAN networks where V2.1 gateways are deployed, operators can enable the new capability with a simple gateway firmware upgrade to provide more robust connections in harsh radio conditions and in some regions will offer the possibility to increase terrestrial coverage.

At least 70+ satellite LPWAN IoT networks have launched or are in the process of launching, providing a wide range of different engagement models, from direct connections to gateway links. This gives enterprise users more options for the type of network and the analytic engines. This also increases volume, increases competition and drives down process.

Lacuna Space, EchoStar and Eutelsat have trials of IoT networks using LR-FHSS in multiple countries and expect to start commercial services within in 2022.

Once the cost of satellite connectivity comes down, an endless number of new use cases will emerge, moving back into the smart city and urban infrastructure. With the additional of the direct satellite modulation, satellite networks will play a role in unleashing the expansion of massive IoT use cases for the sake of protecting the environment, developing local economies and improving people life, complementing the terrestrial LPWAN networks available in almost 200 countries today.

The author is Remi Lorrain, LoRaWAN networks director at Semtech.