The power of network automation and real-time connectivity 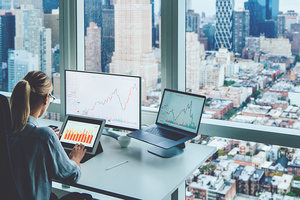 Carriers are on the look-out for new ways to deliver services and streamline processes so that they can compete effectively in an age where everything is expected on-demand at the click of a mouse. Networks are expected to be provisioned and capacity scaled up and down in real time.

Automation forms a critical part of enabling this, and if deployed correctly has the power to give carriers significant advantages in a crowded and complex connectivity marketplace, says Ruth Welter, vice president strategic alliances at Colt Technology Services.

When I attended a telco industry event in London, I noticed that automation was part of almost every conversation. It was a sign of just how fast digitalisation is moving in the carrier ecosystem, and in the enterprise community that carriers serve. COVID in particular has sped up demand for the kind of connectivity than enables secure and easy access to applications for workers regardless of location. Lockdown drove many enterprises to carry out cloud migration in a matter of days. It also underlined how important it is for carriers to respond fast to changing needs. Automation is one of their key assets in this endeavour.

The telecommunications industry often finds itself behind other sectors in the area of automation, particularly when it comes to automating networks. Traditionally, carriers have been very process oriented, taking around six to eight weeks to spin up a connection. This does not fit with a cloud-based world where things are expected to happen much faster.

A key part of delivering all this flexibility and speed is the Application Programming Interface. APIs are a useful link between providers of connectivity and their enterprise customers and partners. They are essential for reducing friction in essential processes, thereby saving money and effort, and they are also the basis for the kind of automation that digital transformation is founded on.

Many carriers are already moving towards network and process automation, and are seeing gains in speed and efficiency as a result. To give an example, carriers often need connectivity in regions where they don’t own infrastructure. Sending an email or picking up the phone and asking a sales manager for a quotation has been the normal way to deal with this in the past.

But this is not the way carriers want to work together any more. Automating the quoting system was the first step for many carriers away from manual processes. Now we’re seeing APIs and automation across the complete lifecycle, starting with quotes, then moving through the ordering process, the implementing of operations, and the coordinating of ticketing systems so one carrier can directly see what’s happening in the network of another. We’re also noticing a drive to provide services on-demand, in other words the offer of real-time access to connectivity. APIs and automation are essential to providing this.

Not all carriers are at the same stage on the automation journey. There are some large telco names in major countries around the world that are really just starting to automate their network. A partner with experience of automation and APIs could help them integrate different platforms, and perhaps provide a white label solution to help them go to market with new on demand services.

Doing nothing is not an option. The need for automation and real-time, on-demand connectivity is ultimately being driven by forces beyond carrier control. We’ve talked about how the pandemic led to a need for bandwidth to connect remote workers to cloud providers. Now it’s becoming obvious that younger employees from Generations Y and Z, who are increasingly in positions of authority, have different expectations from connectivity compared to their seniors. They are used to downloading an app from an app store in seconds and using it immediately. They don’t understand why a network connection might take a couple of weeks. Demand for immediacy, which you can only get through automation, is increasing.

By way of additional pressure on the traditional carrier sector, we are seeing new players enter the connectivity market with software-based solutions that offer the flexibility that people want. Enterprises are buying into technologies like SD-WAN and SASE, finding them cost effective and secure. Carriers, if they are not able to embrace this kind of solution, will find themselves reduced to mere providers of basic network connections. They will lose market share to digitally focused rivals unless they automate.

The challenge of automation isn’t going to fix itself. It requires an appetite among carriers for deploying the right technologies to make it happen. Effective automation demands, for example, data of high quality on pricing of services in different locations. You need intelligence built into APIs to make them successful, and that means AI, ML and analytics. You need technologies like blockchain for billing. The rewards are well worth the investment though, with the ultimate goal being the kind of efficient go-to-market model that is key to remaining competitive.