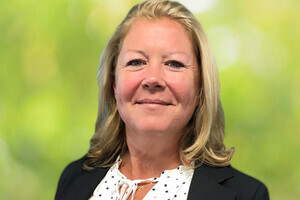 Deployment is already underway and the company’s first access network is scheduled to come onstream in Liverpool at the start of next year. The company’s ambitious ‘Project Edge’ network expansion programme will also see two more regional Metro Access Networks serving businesses in Birmingham and Manchester go live from the middle of 2022, with the City of London intended to come on stream in February 2023.

Across the first three regional UK cities, the company said that its new access networks would bring fibre connectivity within the reach of almost 10,000 locally based businesses and regional offices. The announcement marks an acceleration in Project Edge and follows news earlier this month that the company had completed a major stage of the programme by unbundling some 550 BT exchanges ahead of its target schedule.

The Access Network in the City of London will bring direct connections to the company’s high-speed, high capacity, full fibre national network to around 23,000 businesses right into the heart of the capital.

The move into last-mile access networks will mean the company no longer has to rely on third-party connectivity and will be able to offer regional businesses better timescales and lower costs to deliver the higher quality service associated with the company’s nationwide UK backbone business network. By connecting directly into high-speed core network, the new Metro Access Networks will also improve choice and connectivity for national companies looking to better integrate their regional centres.

Announcing the initiatives, Sarah Mills, MD of wholesale and smart infrastructure, says, “Regionally based businesses and offices, of all sizes and across all sectors, need access to the highest available quality of connectivity if they are to keep pace with their national and international competitors.

“The UK lags behind many of its European neighbours in terms of business fibre access,” she adds, “but with Project Edge we aim to help UK businesses, starting in Liverpool, Birmingham and Manchester as well as those in the capital, to catch up and truly compete, not just on a level playing field, but on one tilted in their favour.”

Firms in Liverpool’s densely populated business districts are lining up to be the first to benefit from the access to faster speeds, and higher capacity connections. Indeed, the new access network already has its first customer. Jisc, the non-profit national body serving the UK’s higher and further education sector with digital skills and solutions, has signed up to take advantage of regional access to the high-speed national network as soon as it goes live.

Neil Shewry, deputy director, Jisc, expressed his delight at being first in line to benefit from the new service, stating, “Connecting directly in to Neos Networks’ high quality, reliable network here in Liverpool will strengthen our infrastructure, improving both the speed and quality of the services we are able to deliver to our partners in education and research across the UK.”

Neos provides its services to businesses directly or through its network of resellers and partners. The company’s wholesale offering provides extremely price-competitive fibre, ethernet, optical and internet services, with a promise of quicker delivery, greatly improved speeds, significantly higher capacity, and improved service level guarantees compared to any existing supplier.

The company’s Project Edge network expansion programme aims to bring high capacity 100Gbps connections within reach of more UK businesses and will also help facilitate the roll-out of advanced 5G services on the Three network. The programme will see the company reach a fibre footprint of more than 34,000km by the end of 2021, underpinning the UK Government‘s target for full fibre, gigabit connectivity to 85% of UK premises by 2025.

Neos Networks was formerly a division of the national energy provider SSE. It has built a strong reputation for its nationwide, high-capacity fibre network, and has focussed solely on serving businesses, public sector organisations, and critical national infrastructure providers with essential, reliable, connectivity for more than 20 years.