Making a buck is getting harder for telcos 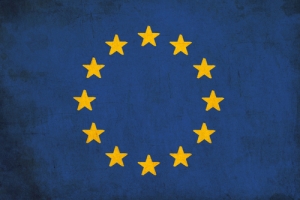 Looking to make money from traditional phone charges is getting harder as users expect more to be packaged into their tariffs. Business technology journalist, Antony Savvas looks at how things have just got harder for many telcos.

The European Union (EU) has just officially extended its “roam like at home” rules in the region for another 10 years until 2032. This means all Europeans in the economic block can use their devices just like they would in their home country when they are travelling, at no extra cost.

The original 2017 legislation, which effectively took away the power for telcos to negotiate their own roaming charging rules with other carriers, was due to expire next year after five years in operation. The confirmed rules, after a consultation, mean that companies operating in the region will make even less money from the voice and services they provide.

In fact, wholesale roaming rates will fall steadily from 2022, eventually taking the price of 1GB of data down to just €1 in 2027.

In addition, telcos will face even more pressure to provide better services, despite not making as much cash.

The new regulations demand increased guarantees on quality of service and require operators to inform customers if they expect to offer slower services abroad than at home when they are travelling. And with operators spending large amounts on new and faster 5G services, the EU has made sure that customers will be able to access these networks at no extra cost.

The cheapness of data is no doubt an issue for fixed broadband providers too. I’ve just received my yearly usage review from TalkTalk, who I pay UK£27.50 a month for a “full-fibre” FTTH (fibre-to-the-home) 1Gbps connection. The fact that the connection really is fibre and involves no copper, should mean the household enjoys lightening speeds, the fact that we don’t always isn’t a massive issue.

Even taking account of the “contention” rates in the network, I can generally do what I need to do efficiently, along with everyone else in the household. We certainly use plenty of data that’s for sure, the yearly review says that since this January, we have consumed 5,704GB of it.

Applying that usage to the amount we have paid over 11 months, means each GB we have consumed has cost us about 5 pence (£0.05) or 6 euro cents (€0.06). That’s an awful lot of connectivity, entertainment, knowledge and probably, in all honesty, a degree of downloaded rubbish, for not a massive payment.

Vodafone Business, for instance, has just joined forces with global consulting and IT services firm Accenture and Italian insurance giant Generali to launch a portfolio of cyber insurance services to companies of all sizes worldwide.

With the increasing numbers of “zero day” attacks that firms can not see coming and the widening spread of ransomware, this is a great opportunity for Vodafone to make some proper money. Companies like Accenture were making a big play around cyber insurance a few years ago, as the cost of orthodox cyber attacks was going up after each major incident, but the damage caused by ransomware has taken this up to a new level.

At a recent security event I attended, analyst house Canalys told me the cost of cyber insurance schemes for businesses had ballooned by around 40%, since successful ransomware attacks on well-known organisations have regularly been hitting the news headlines.

Vodafone and its partners said the new services are designed to help customers quickly recognise, respond to and recover from cyber security threats and incidents, including ransomware. The services will be offered globally, starting in Europe at the beginning of next year.

A wise move by Vodafone, and no doubt other CSPs are looking to find niche markets they can serve using their infrastructure and skilled security personnel to take advantage.

In the case of Telecom Italia (TIM), a series of senior management changes from the fall-out of a takeover bid by investment firm KKR, will hopefully put it in a better position to capitalise on new revenue streams.

Whether the acquisition bid is successful, or blocked by the Italian government, the management changes have been coming after two profit warnings. TIM has been expanding its global network and data centre reach through its Sparkle unit to help improve service delivery, and it now needs to make greater efforts in its customer-facing operations.

Grassi’s role has been merged into a new chief network, operations and wholesale office function given to Stefano Siragusa, who assumes the role of deputy of the general manager.

The strategy and business development role has been assigned to Claudio Ongaro instead. In addition, other new roles created and assigned are a chief consumer, small and medium market position, a chief enterprise market role, a brand strategy and commercial communication position. And an executive has been appointed to report to management on business transformation projects.

The changes and additions seem like a smart move by TIM, as Italy’s largest CSP seeks to make sure it is in a position to help lead the country’s digital transformation in a profitable way.

Last week, I reported that Cato Networks was expecting a significant investment from a telco, looking to take advantage of the rapidly expanding SD-WAN and SASE (secure access service edge) segment it operates in.

It turned out that Swisscom was the telco making the move. Stefan Kuentz, partner at Swisscom Ventures, says of the investment: “Building SASE capabilities is a strategic initiative for CSPs, and we are supporting Cato’s mission to accelerate SASE adoption by customers and partners alike.”

Different telcos moving towards growth markets is what we want to see, and long may it continue.