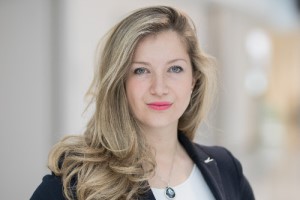 The Wholesale team of A1 Telekom Austria Group and BBC Studios announced that they will strengthen the existing partnership. In addition to the extension of the distribution agreements for the existing BBC Earth and BBC First channels on the A1 Pay-TV platforms until 2025, the companies have established a technical partnership.

Due to the extended collaboration, A1 Group´s Broadcasting division will provide technical satellite services for premium drama channel BBC First in the CEE region (excluding Poland), delivering BBC First channel to cable, IPTV and DTH operators channel within the wide footprint of the Eutelsat 16A satellite. A1 acts as technical distribution and contribution partner of numerous TV channels in European, Asian and American markets, providing variety of services – playout, delivery via IP, fiber and/or satellite (Eutelsat 16A and Eutelsat 9B for Europe; APSTAR-9 for Asia and SES-6 for the US region).

“We are delighted to extend our strategic cooperation with BBC Studios and distribute their high-quality content within our territories. With A1´s direct2home platform services, we provide numerous TV broadcasters with robust and reliable technical broadcasting services worldwide. We are very excited and proud that BBC Studios has chosen us as its European technical partner for their flagship channel BBC First. We are looking forward to our fruitful cooperation in future.” says Elena Petrova, head of broadcast & SAT services at A1 Telekom Austria Group, is pleased about this extended partnership.

In the framework of the new agreement, the BBC Earth channel’s footprint will be extended in the region. Previously available via A1 in North Macedonia (A1 Macedonia) and Slovenia (A1 Slovenia), the channel renowned for delivering world- class factual and popular science content will now be available also in Croatia (A1 Croatia). The agreement will also see an enhanced SVOD offering from BBC Studios on A1’s platforms.

Highlights on the channels in the coming months include the landmark Natural History series uncovering the magical world of plants The Green Planet, presented by Sir David Attenborough, and the latest Brian Cox series Universe on BBC Earth as well as 13th season of TV’s longest-running sci-fi show Doctor Who and a second season of Mallorca Files, a stylish detective series set in a stunning Balearic island on BBC First.

Zbigniew Pruski, commercial director BBC Studios CEE, says, “A1 Telekom Austria Group is an important partner for BBC Studios in the region and I am excited to see that our cooperation is growing. Our latest agreements have not only granted BBC Studios a solid satellite provider for our best British drama channel BBC First, but also allowed a wider reach for BBC Earth the destination for anyone who likes to explore the natural world and be astonished by its complexity and beauty”.

A1 Telekom Austria Group´s Wholesale division has what few can offer, 40 years of experience in non-terrestrial communications. This also makes the operator among Europe’s satellite service providers. Due to this special position, Wholesale broadcasting can offer its global partners worldwide communication at the highest technical level, reliable, secure and yet cost-effective.