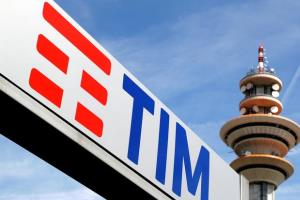 US investment firm KKR recently moved to acquire Telecom Italia (TIM) for US$37.5 billion (€33.2 billion), including debt. Business technology journalist Antony Savvas asks whether the Italian communications market will ever be the same again, if the bid succeeds.

When news of the bid for TIM came in, there wasn’t exactly much thought displayed in the markets, or indeed the international media, around the implications for such a takeover. It seemed that Italy’s incumbent national telco was just like any other asset that potentially changes hands in a busy communications market.

But imagine the reverberations if a similar move was made in France for Orange (formerly France Telecom), in Germany for Deutsche Telekom, in Spain for Telefonica or in the UK for BT, for instance? These, along with Telecom Italia, are companies with rich histories, big partner ecosystems and real ties to communities. They are also big jobs creators and have very close relationships with their national governments, around national security and economic planning.

Key national telecoms markets usually have at least one big company at the centre of things, to help push governmental communications strategies and to help generate smaller independent companies that go off to develop new technologies, and perhaps become the next big thing.

That is what Italy could lose if it allows TIM to be handed to a private equity firm like KKR. In all probability, if a deal does goes through, TIM will be broken up, and any existing national communications strategies or minimal service guarantees for citizens and businesses will be in a state of flux.

After all, what exactly does KKR want with TIM, with its €22.5 billion of debt? It already has a relatively small value and minority stake in a TIM unit serving fibre broadband delivery, but my guess is that TIM’s international Sparkle data centre, interconnectivity and international fibre backbone business is seen as a prime asset.

There’s no indication that KKR actually wants to be a telco, with the corporate and social responsibilities and governmental ties that go along with that.

KKR’s focus on data centres is clear, with its recent acquisition of data centre operator CyrusOne for $15 billion, in partnership with Global Infrastructure Partners. It is now also in the frame to buy London-headquartered, but Chinese controlled, data centre operator Global Switch for $11 billion or more.

KKR certainly has deep pockets, but I imagine it wants a relatively quick return on its big investments, and sees data centres as a much quicker route to growth, rather than squeezing a few extra euros out of Italians’ telephone accounts or basic broadband access.

Its “non-binding and indicative” offer for TIM, which may well be increased to try and buy off shareholders that include French media group Vivendi and the Italian government, could generate one of the largest private equity buyouts in Europe. That may well please financial market players who make their living from such deals, but the Italian government, with its golden share stake, will have the final say on the matter.

The security of Italian government data is an issue that will be considered. And any deal is also expected to attract the close regulatory attention of the European Commission, as the firm’s networks and data centres are highly inter-connected with other countries.

Putting aside any national data interests, will the Italian government see the deal as an opportunity to generate an immediate cash injection for the wider Italian economy it is responsible for? Will it also see it as a chance to rid itself of a company that has posted two profit warnings in the space of a few months?

Or will it see TIM as a potential vehicle for helping the digital transformation of the country, that has only just started? Offloading Telecom Italia and its key public infrastructure to private equity would be an odd decision, in my humble view.

Getting tough with big tech?

The European Union has moved forward with its Digital Markets Act, which is an attempt to control the power of “big tech” companies like Google, Amazon, Facebook and Apple.

As these companies take advantage of telcos’ legacy networks, by filling them with their own “over-the-top” data, with not much return for the carriers, I’m sure the proposed law will be welcome in some quarters.

As part of the law-making process, the EU’s Internal Market and Consumer Protection Committee has passed rules on what big companies with “gatekeeper” status will be allowed to do and not do across the EU.

The draft law blacklists certain practices of large platforms and enables the European Commission to carry out market investigations and sanction non-compliant behaviours. The Commission will be able to restrict “killer acquisitions” and also levy a “minimum level” of fines of 4% and up to 20% of total annual turnover.

“Currently, a few large platforms and tech players prevent alternative business models from emerging, including those of small- and medium-sized companies,” says committee chair, Anna Cavazzini. “Often, users cannot choose freely between different services. With the Digital Markets Act, the EU is putting an end to the absolute market dominance of big online platforms in the EU,” she adds.

These firms will have to refrain from combining personal data for the purpose of delivering targeted or micro-targeted advertising, except if there is a “clear, explicit, renewed and informed consent”, in line with the EU General Data Protection Regulation (GDPR).

The Act will be be voted on in the European Parliament next month and its implementation is expected to be discussed by EU governments early next year.

The Digital Services Act (DSA), a parallel proposal to regulate online platforms, dealing with, among other issues, illegal content and data algorithms, will be voted on by the Committee at a future meeting.

No doubt, big tech players are now getting lawyered up to prepare for the battles ahead. It’s a pity that most of them are so non-self-aware, that they don’t realise that simply eating a relatively small portion of humble pie, would probably be more beneficial when it comes to improving their popularity.