Expanding 5G across Europe to keep up with the global competition 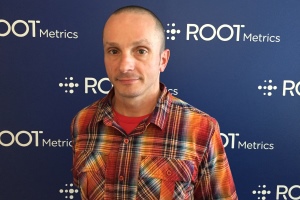 5G promises to upend the concept of connectivity as we know it for decades to come, enabling a host of new and innovative use cases that hold the potential to transform everything from industrial operations, healthcare, the automotive sector, and countless IoT applications. But before the many promises of 5G can be realised in Europe, governments, operators, and businesses alike need to fully embrace and continue to invest in 5G to broaden its reach and catch up with other countries, says Kevin Hasley, CEO at RootMetrics.

Recent studies by telecoms trade body ETNO and research company Analysys Mason have shown that Europe’s 5G networks are trailing countries in Asia (notably South Korea) and the US in terms of access to 5G. Research showed that just under a quarter (24%) of mobile users in Europe can access 5G, compared to 76% in the US and 93% in South Korea, highlighting a large divide in 5G access across the world.

During initial 5G deployments, there was optimism that Europe would emerge as worldwide leader in the 5G era. While network operators such as Deutsche Telekom, Vodafone, BT, Telefonica, and Telecom Italia combined to invest over €50bn in 2019 to launch 5G and upgrade their infrastructure to support 5G rollouts, operators in Asia and the US have outspent their European counterparts. In Japan, for example, the ETNO/Analysys Mason study showed that the average investment per capita in new 5G networks was €233bn, a number far higher than those in the US (€147.9) and especially Europe (€94.8bn).

China, South Korea, Japan, and the US have also made the most progress when it comes to 5G deployments. According to GSMA, in China, 47% of all mobile connections are expected to be on 5G by 2025. The GSMA also estimates that 5G penetration will be around 50% in both the US and Japan by the same date, but in Europe, that figure is expected to be 34%.

Our testing has shown incredibly fast 5G speeds and growing availability in the UK, and a positive sign for further 5G growth was seen at a UK spectrum auction earlier this year. Major UK operators increased their collective bandwidth by 22%, not only signalling continued progress for UK users but also perhaps serving as a harbinger of further investment to come in other European countries going forward.

Bridging the digital divide and expanding 5G to rural areas

Expanding 5G to rural areas and narrowing the digital divide in general are pressing concerns in most countries. Mobile operators around the world generally deploy and prioritise 5G rollouts and upgrades in major cities where the most people live. That’s a logical strategy, but in many cases, it can also mean that people in more rural areas either have to wait longer to access 5G or may not have that option at all.

The strategy of bringing 5G to people in major cities first and foremost largely comes down to dollars and cents. Operators tend to roll out new technologies like 5G in areas where people spend the most on their phone bill, which can mean that people who already have strong connectivity are often first in line to see new technologies and/or network improvements.

Meanwhile, people in areas where average revenues per user are lower areas where performance is often worse in the first place are less likely to see network upgrades. It’s a situation that regulatory agencies and operators need to address before we can hope to narrow this urban-rural connectivity divide and ensure everyone has access to fast and reliable internet.

Expanding 5G and looking ahead

Another way that European governments can accelerate 5G rollouts and boost coverage is by allowing operators to add distributed antennae systems (DAS) or small cell sites to public buildings, CCTV poles, traffic lights, and other roadside infrastructure. The UK government recently announced a £4 million (€4.76 million) trial aimed at making it easier and quicker for operators to use publicly owned buildings to host 5G equipment, and similar strategies could be implemented in other countries as well.

Although consumers across the continent are reluctant to welcome new masts to their neighbourhood, adding new and perhaps taller masts are options for expanding coverage into rural areas and improving service in general. New masts can help provide better coverage, both for 4G LTE and 5G service, while also accelerating 5G expansion.

The bottom line is that for 5G in Europe to reach the levels of access and penetration seen in South Korea and other countries, governments and operators will need continue investing and finding new ways to make 5G more widely accessible. In short, while 5G in the UK is going strong, operators and governments elsewhere in Europe need to continue supporting and investing in 5G in order for consumers and enterprise to realise the powerful benefits it can provide.

The author is Kevin Hasley, CEO at RootMetrics.