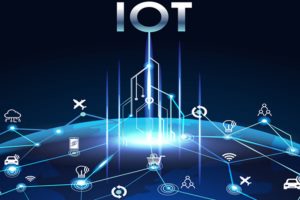 After the US and China governments failed to make peace over trade, Chinese technology companies have suffered. Business technology journalist, Antony Savvas asks whether governments of all kinds are now on a market intervention drive?

China’s Huawei has suffered financially in the networking and telco space ever since previous US president Trump decided to “get tough” with China and imposed a technology blockade on the company and other Chinese technology companies deemed to be “too close to the communist regime”.

Huawei’s market demise outside Asia and Africa has been driven by its mobile network infrastructure being banned in the west, and not being allowed to buy networking chips from US companies nor the advanced US technology to develop new optical connectivity systems.

In a further development targeting Chinese companies, the European Union has just imposed tariffs on optical fibre cables exported from China. Its investigation found they were being sold at “artificially low prices”, being dumped on western markets, in other words.

A similar accusation was levelled at Huawei when it came to the supply of 5G mobile network infrastructure products, with politicians claiming the company was being helped to undercut the rest of the market by the Chinese government. The claim was fiercely denied by Huawei, but Sweden’s Ericsson and Finland’s Nokia, among others, have benefited from a ban on Huawei’s 5G kit in a number of markets.

In the case of the fibre cable market, the European Commission, which conducted the inquiry, has set duties of 19.7% for ZTT group companies, including Jiangsu Zhongtian Technology, and 31.2% for other cooperating firms.

For FTT group companies, such as FiberHome Telecommunication Technologies, and all other Chinese players, the tariff will be 44%.

The commission said the duties were designed to protect European Union fibre cable producers such as Acome, Corning and Prysmian.

Protection of markets isn’t stopping there though. It increasingly seems that the proposed US$40 billion (€35.5 billion) acquisition of mobile chip firm Arm by Nvidia (from Softbank) is going to be blocked, one way or another, by governments and Arm’s main customers.

Nvidia has just posted its third quarter results, and among the positive news that the multi-industry chip producer is still generating mountains of cash for fun, it laid out the difficulties it is facing to complete the deal, first announced back in September 2020.

Nvidia said it initially expected to complete the deal within 18 months, or within the first quarter of 2022. That clearly isn’t going to happen though, with now two investigations around the deal taking place in the UK, where the company has its main operations. There are also separate investigations being undertaken by regulators in the US, the European Commission and, slightly ironically, the Chinese government.

“Although regulators and some Arm licensees have expressed concerns or objected to the transaction, we continue to believe in the merits and benefits of the acquisition to Arm, its licensees and the industry,” it added.

A large chunk of the communications industry is determined to make sure the deal doesn’t happen though, particularly those who license Arm’s chip designs and software to make their own products. Microsoft, Qualcomm and Google are among the main objectors to the deal. Apple is a big customer of Arm too, but hasn’t so far formally lined up against the deal. Nvidia itself also licenses Arm technology.

Those against the acquisition fear that Nvidia will stop licensing Arm’s solutions to its chip rivals, something it denies will ever happen. It maintains it will widen access to Arm’s technology in more markets outside mobile. But Arm customers, and some governments, prefer Arm remaining just the way it is, the Switzerland of mobile: it will do business with anyone.

With Arm apparently being key to the UK market, and the global mobile ecosystem, one may ask why the UK Conservative government allowed Arm to be sold to Japan’s Softbank in 2016 in the first place?

But in today’s uncertain times, it may be the case that governments are more keen than ever to take a closer look at how technology companies operate, and whether big acquisitions should easily go ahead. This might be particularly true in growing markets, like 5G, optical networking and semiconductors, where the tax take and jobs benefits for governments are significant.

In what looks like a smart move, IoT (Internet of Things) connectivity specialist Eseye has formed a new global professional services organisation, which will help guide customers from their proof of concepts through to the design, development and deployment of global IoT solutions.

The company’s team of solution architects and technical solution consultants will ensure that any IoT initiative has the “required rigour in place” and is “delivered to market on time and on budget,” maintains the firm.

“In my experience, all too often companies lack the expertise internally to successfully develop and deploy scalable IoT-based solutions,” says, Casto. “They don’t have the resources to manage multiple vendor relationships for various components of the solution they are deploying, and they don’t understand the complexities associated with these projects, including security and logistics,” he added.