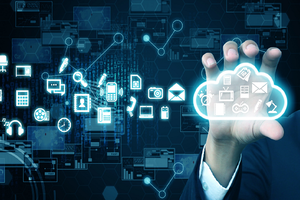 The Release 5 work program is expected to drive ETSI NFV’s work into two main directions, consolidating the NFV framework and expanding its applicability and functionality set. On the one hand, some aspects of the NFV concepts and functionalities that have been addressed in previous Releases, but need additional work, will be further developed in Release 5.

For instance, based on development, deployment experience and feedback collected during testing events such as the “NFV/MEC Plugtests”, additional work on VNF configuration was deemed necessary. Another example is the more detailed specification work related to fault management modelling which aims at further defining faults and alarms information to improve interoperability during network operations, in particular for root cause analysis and fault resolution in multi-vendor environments.

On the other hand, Release 5 aims at expanding the work of the ISG into different dimensions to address industry’s needs when it comes to network transformation. One of the dimensions relates to referencing and extending, if needed, the NFV framework to increasingly address telecom use cases in the radio access network (RAN) domain by taking as an input the most recent outcomes from other standards development organisations involved specifically in this domain. Energy efficiency aspects of NFV will also be analysed, thus formally addressing the study of a long-standing promise of NFV raised by network operators in the seminal white paper that led into the creation of the ISG.

“With Release 5, ETSI NFV is advancing the state of the art of NFV and Cloudification to increase their support of telecom use cases by taking into consideration the technology advancements and trends coming from upstream technologies. This Release also applies the experience accumulated by network operators and vendors in developing and commercialising systems based on the NFV framework,” says Joan Triay, ETSI ISG NFV technical manager.

It is envisioned that the Release 5 studies will be developed in a shorter time with an expected completion by summer 2022. In addition to the new original work conceived with Release 5, certain activities that were initiated in Release 4 will continue with an extended scope. These concern, in particular, the networking for container-based deployments and the introduction into the NFV framework of generic management functions for VNFs, both being of critical relevance to ensure increased support for cloud-enabled deployments.

Furthermore, informative work initiated under the Release 4 scope which was not completed on time will also be carried over to Release 5. At the same time, protocols and data models related to Release 4 are also under development taking advantage of the continuous publication, roughly twice a year, of new and/or updated specifications.