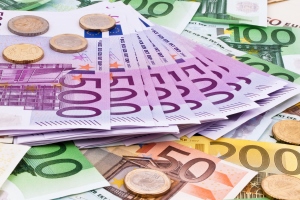 The great copper network “switch-off” has been talked about by telcos for a number of years now, as they strive to cut costs and move to faster fibre services. Some research has just come out on the switch-off, and here business technology journalist Antony Savvas considers the imperative.

And in the UK alone, BT has reported in its recent half-year results that its all-fibre network now passes 6 million premises. Its Openreach unit aims to switch off copper by 2026, driven by its continuing roll-out of fibre connections.

In addition, mobile-based broadband solutions are now seen as a valid challenger to legacy copper-based services, as they expand in areas with a “copper-only” network footprint.

The main driver to decommission legacy copper networks is not only to save costs on running an expensive, energy-hungry, operationally-inefficient technology, but also to free up capital and resources that can be redeployed to focus on delivering the gigabit (1,000mbps) broadband that businesses and consumers now need.

But, in a just-published report from global consulting firm Arthur D Little (ADL), this could be a tricky transformation. “While there is general agreement that copper needs to be switched off, challenges still remain,” says ADL.

“These include decisions like when to start switching off copper, how to manage the various stakeholders (including regulators, municipalities and wholesale and retail customers) and how to manage the migration process to ensure churn minimisation, while also enhancing customer experience and customer value,” ADL says.

Copper is expensive to maintain and difficult to operate, with some estimates, says ADL, suggesting that compared to fibre networks, copper network maintenance OpEx (operational expenditure) is two- to seven-times higher, energy costs are three- to six-times higher, and network fault rates are five- to ten-times higher.

Employing a team of qualified staff to operate copper networks is also challenging, as the skillset is no longer freely available in the market. A European operator told ADL that it pays a “premium” to continue to employ its post-retirement copper engineers on special short-term contracts, just to be able to keep its legacy copper networks running.

Increasing environmental consciousness and the corresponding focus to reduce operators’ carbon footprints is another reason to dismantle legacy networks.

In Europe, more than a dozen countries have announced plans to consider a copper switch-off. Norway, Sweden, Spain, Portugal, Estonia and the Netherlands, among others, have active programmes in place to accelerate the move. And markets like France, Italy, the UK and Switzerland have seen announcements about it.

Smaller markets like Singapore and the channel island of Jersey have already achieved a 100% switch-off of their copper.

Chorus in New Zealand is aiming to start ditching copper in the next year, synchronised with its aim to complete a full fibre roll-out by 2022.

Telstra in Australia started its switch-off programme in 2014 as the government-backed National Broadband Network (NBN) began its fibre roll-out. However, due to delays in NBN’s work, the switch-off was put on hold, although it has now started up again.

NTT Japan aims to switch off its legacy network by 2024 and migrate all its customers to fibre. In Hong Kong, a leading FTTH market with 90% coverage, copper only exists in small rural villages and outlying islands.

Regulatory constraints are the biggest hurdle preventing a switch-off. In many markets, an incumbent telco must fulfil its “significant market player” obligations of providing universal access to fixed services, as well as regulated wholesale services, where wholesale customers have co-invested in providing legacy solutions and who can be unwilling to switch off their networks.

And most regulators specify a certain notice period (three years, on average, says ADL) that incumbents need to serve their wholesale customers with before going down that route. Sometimes, uncooperative municipalities can also delay an operator’s switch-off process.

While there can be difficulties in making copper history, the advantages in making the move are clear to most.

None of us like missed targets, and markets also get irritated when companies miss theirs. When hearing a while ago that BT was promising big cost savings over successive years to enable it to invest in higher-growth services, I almost certainly wasn’t the only one who had a raised eyebrow in response. Would it be able to achieve what it was promising?

In its recent half-year results, BT did report both a drop in sales and profits, but it also trumpeted that it had beat its £1 billion (€1.17 billion) cost savings target by a whole 18 months. “This allows us to bring forward our FY25 target for £2 billion (€2.33 billion) of savings to FY24,” beamed Philip Jansen, BT’s chief executive. “This is all part of creating a leaner BT with simplified processes and improved customer experiences,” he added.

As previously mentioned, the full-fibre roll-out is continuing apace, and Jansen added that the company’s 5G network now covers “over 40%” of the UK population.

And yes, there was a big jump in the firm’s capital expenditure programme to help deliver higher-growth services, around the likes of fibre and 5G. The CapEx outlay totalled a 30% increase and was one reason the company’s net profit dived 50%. But the firm’s infrastructure is becoming leading edge, which will almost certainly prove valuable in the longer-term.

Sigfox is now providing IoT connectivity services on-demand, with only a few online clicks and a credit card payment required. Sigfox has selected Stripe to provide the online payment infrastructure.

IoT devices connect with Sigfox’s network using the internet to transmit small amounts of data over long ranges. The connectivity does not require SIM cards. (Also listen to Episode 15 of the Trending Tech podcast).

The provider’s on-demand Discovery option provides a pricing package for up to 10,000 devices, based on the number of devices actually used and the number of messages sent. Alternatively, the Enterprise service is for larger implementations of more than 10,000 devices, and brings the additional benefits of an account manager and dedicated technical assistance.

Among the 75 countries covered by the Sigfox network, organisations in 28 different countries can so far buy the online subscriptions on offer. It may well be a clever move by the provider