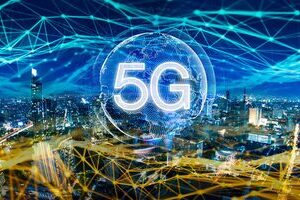 Only a third of telcos say they have a “clear strategy” for 5G, while the vast majority of 5G networks already rolled-out haven’t even reached a customer penetration rate of 10%, according to two sets of research. Business technology journalist Antony Savvas asks what the hell is going on?

IT services provider NTT DATA UK and research firm teknowlogy Group looked at how European telcos were approaching the business opportunities consistently trumpeted around 5G. It questioned 200 senior business leaders across France, Germany, Italy and the UK, with 40% of them from the telco space and many of those being CIOs.

It found that only 35% of senior business leaders at telcos had a clear strategy in place to take advantage of the said opportunities. This was despite the fact that 94% of them believed that 5G will “transform the sector”.

With the technology set to play an increasingly vital role across all industries, and timelines narrowing, clearly more aggressive transformation roadmaps are required.

But half (46%) of the telcos questioned said they were “still exploring the value” that 5G can offer.

Only 10% of telcos saw themselves generating more than 20% of their of revenue from 5G or 5G augmented products over the next five years.

Data management stood out as the key issue around implementation, with 43% of telcos saying this would be the biggest obstacle to 5G adoption, while 35% maintained that reliance and compliance issues would be one of the biggest barriers.

Other notable 5G obstacles for telcos included a talent shortage (31%), a limited pool of partners to support them (30%), legacy technology (28%), cultural challenges (24%), and “uncertainty around the true benefits of the technology” (23%).

While this research outlines the potential problems faced by a widescale roll-out of 5G across Europe, other research reveals it isn’t plain-sailing elsewhere when it comes to commercially taking advantage either.

Analyst house Omdia has found that only 14% of 5G networks globally have so far reached 10% subscriber penetration. As of June 2021, says Omdia, 147 operators had launched 5G. But only 21 operators had reached one-in-ten subscribers on their networks.

Omdia says that 10% in-network penetration is a “key milestone” for 5G as this is the point at which 5G appears to begin to have a “positive impact” on mobile revenues.

Data from the 5G market of South Korea shows a clear revenue uplift post-5G launches, once market penetration passed 10% a year ago, and it’s higher now.

In China, the biggest 5G market, subscriptions nearly doubled in the first half of 2021 to reach 318 million in June. This is equivalent to 11% of total mobile connections, leading to increased mobile services revenue there too, said the analyst.

Markets outside Asia with more than 5% 5G penetration include the US, Finland and Ireland.

Operators on average are expected to see a 5% data ARPU (average revenue per user) uplift from two years onwards after a 5G launch, says Omdia, so there are no magic quick bucks involved, it seems.

Ronan De Renesse, senior research director at Omdia, says, “5G is still in its infancy and we have yet to see its full potential from a technology and commercial perspective. Similar to 4G when it launched, 5G adoption is mostly supply-led which means that demand for 5G needs to be created by the industry.

“Operators in China and South Korea have shown that if you put 5G in the hands of consumers then revenues are likely to follow.”

Someone should maybe tell some of the European telcos this?

While big 5G service revenues may be on the back-burner for many markets, more traditional opportunities are being snaffled up by some operators, not least in data security and digital transformation.

Combining the global capabilities of Fortinet Secure SD-WAN with the managed security and cloud services of Telefonica Tech, the package will support organisations as they accelerate their pandemic-driven cloud-based working environments, say the partners.

Their flexWAN by Fortinet service will be first launched in Spain and will soon be available throughout Telefonica’s market footprint across Europe and the Americas.

Hugo de los Santos, director of cyber security and cloud products and services at Telefonica Tech, says, “This converged network and security offering is essential for our clients so that their digital transformation and migration to the cloud is fast and secure.

“Our alliance reinforces our positioning as a benchmark technology partner for those companies that need to advance in digitisation in the safest way possible and to reinforce their resilience,” says Los Santos.

SFR isn’t being shy about seizing on security opportunities in the immediate present either.

It has formed a partnership with cyber security services firm Bitdefender to deliver advanced protection to SFR mobile and broadband customers.

They have developed the SFR Cybersecurite platform that incorporates Bitdefender Total Security, an anti-malware and VPN solution. It promises to protect SFR’s business and consumer customers against viruses, phishing attacks, spam, zero-day threats and crippling ransomware.

SFR Cybersecurite is managed by the user through a co-branded Bitdefender-enabled interface. For the backend, SFR manages security subscriptions through Bitdefender’s platform for managed service providers.

“We are committed to the online safety of our customers and believe this solution will offer a new level of protection against security threats, Bitdefender’s offering was the most versatile we found,” says Gregory Rabuel, chief executive officer of SFR.

These security deals demonstrate that 5G is not the only game in town when it comes to generating extra revenues and market share.