Why is 5G a boon for enterprises exploring IoT development? 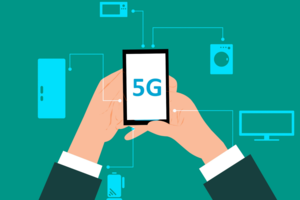 There’s an interesting analogy to understand IoT, the devices are the neurons all connecting to the giant brain called the internet. Every small device in this network is holding an important set of data. Now, the performance of this neural-like network will directly depend upon the efficiency of data transmission.

That’s exactly what 5G is providing, a fast and sustainable network. It has arrived and it has arrived with remarkable improvements over its predecessor generation of bandwidths, says Yash Mehta, an IoT and big data science specialist. And while we are at it, 1/3rd of the world population will consume 5G bandwidths thereby becoming a contributing node to some IoT network, in some capacity.

But why exactly is 5G so important for IoT. Let’s find out.

In all honesty, 5G and IoT are complementary to each other. While all elements in an IoT network require strong signaling, 5G provides the necessary infrastructure through a technology called beamforming. It captures signals from multiple antennas and steers them towards a particular device.

Beamforming is effective because it can leap over physical obstacles such as walls thereby ensuring the uninterrupted transmission of signals. Previously, network signals were bound to lose strength.

Such concentrated delivery of high-quality signaling to drive an IoT ecosystem makes beamforming one of the most impactful rated 5G capabilities.

Next, the data receiving and transmitting capacity is another improvement over 4G. Previously, it was a fair success in some use cases. With 5G, enhanced MIMO (Multiple Input & Multiple Output) capabilities will become accessible for all. With a massively powerful bandwidth, MIMO supports antennas regardless of geographical conditions. This makes 5G and supportive applications such as IoT accessible to underprivileged areas.

For IoT, the stability of the network is more important than the speed. Uncertain downtimes of any sort not only disrupt the ecosystem operations but also put confidentiality to risk. Even in the simplest use case of home IoT with automated locks, CCTVs, appliances, etc., network uptime is the key. 5G networks just ensure the same. They can handle more devices, provide speed (10X) and build a reliable ecosystem of device communication.

So the next generation of IoT devices will benefit from low latency and high-speed connectivity that could drive more complicated operations. Take a manufacturing unit (IIoT) for example. It has a series of devices attached to remote monitoring, predictive analytics equipment and an automated assembly line. Manufacturers can revolutionise their production goals by embracing 5 G-backed IIoT landscape and accelerating their go-to-market game plans.

Among many, a remote inspection of equipment and processes is the most popular IoT application. For example, sectors like Power and Energy have a vast spread of equipment at diverse locations. Transformers, Grids, Utility Poles etc. should be monitored consistently and avoid disruption of any kind. With IoT smart infrastructure, technicians can keep a remote check on the maintenance thereby cutting down on the physical visit to the site miles away. Likewise, railways can use IoT sensors to detect faults in tracks and raise alerts in a timely manner. Or, they could predict and broadcast train delays to all dependent stations on the route.

IBM’s civil infrastructure is an interesting case study here. Using drones, the system will evaluate the sustainability of aging bridges, tunnels, road networks etc. The data captured from multiple devices is put to analytics and identify key areas of fault.

What should you do?

Enterprises have a goldmine of opportunity to align device automation in their business process. While the industry is growing, those who make the first move will leave a lasting impact in the longer run. That being said, building an IoT vertical won’t come easy. Since IoT has dependencies on multiple disciplines such as hardware, software etc. they must emphasize planning on paper before going on development floors.

Not to miss, there’s difficulty in finding talented resources too. Unlike other technologies or digital products, you may lock horns with building the right team. In fact, most products don’t arrive on time due to a mismatch in the skills required versus skills available. Amidst the chaos, plan your resources. Make use of IoT job alert marketplaces to enhance your reach. Also, make use of your social networking and other advertising channels to attract talent.

IoT is everywhere and growing like the World Wide Web. With 5G, enterprises must utilise the infrastructure, automate processes as far as possible and focus on innovating. Experts have it that bandwidths in 5G could be 10x faster than 4G and that’s no less of a revolution. Therefore, without second thoughts, organisations, regardless of how small or big they are, should explore possibilities in this space.

The author is Yash Mehta, an IoT and big data science specialist.