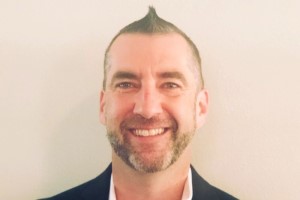 The October 5G Scorecard from RootMetrics by IHS Markit, a global mobile network performance benchmarking company, shows that the UK 5G market remains hotly contested. Speeds are increasing while availability gains have stalled for some operators.

Research conducted in Leeds and Bradford, Sheffield, Nottingham and Coventry has revealed that, although EE is still the operator to beat in terms of providing consistently fast speeds and broad availability, its rivals are making progress, and in some cases, offering faster speeds.

To track the progress of 5G as it expands nationwide, RootMetrics tests network performance in 16 of the UK’s most populated cities every six months. This is the fourth instalment of RootMetrics’ 5G Scorecards, offering a snapshot of 5G performance across four recently tested cities.

EE performed especially well in Nottingham, with a combination of 59.4% availability and a 5G median download speed of 167.8 Mbps. Added to that, EE improved its already impressive speeds in all four cities since the first half of 2021.

Three’s 5G median download speeds improved in three out of four cities since 1H 2021, and the operator’s speeds of 96.1 Mbps or better will provide users with fast file downloads and quick access to content on their mobiles. Three’s combination of availability and speed in Nottingham was particularly good, with 5G availability of 46.9% and a 5G median download speed of 99.8 Mbps.

While Three joined EE as one of only two operators with 5G availability above 40% in any city, and registered the highest availability in Leeds at 33.4%, its 5G availability decreased in three out of four cities since 1H 2021.

Virgin Media O2’s 5G median download speeds were consistently strong, topping out at 143.2 Mbps in Coventry and not falling below 123.3 Mbps. Its customers will also be pleased to hear that it delivered improved speeds and higher availability in three of the cities tested since the first half of this year.

In Leeds, the one city where Virgin Media O2’s 5G didn’t show improvement, its results remained consistent with those from the first half of 2021, with a 5G median download speed of 137.7 Mbps only trailing that of EE (150.9 Mbps).

Vodafone’s speed of 255.8 Mbps in Nottingham was the fastest in any of the four cities RootMetrics tested, but, with 5G availability of 0.5%, users could have trouble accessing that great speed. While Vodafone offered the lowest availability in each city, the operator’s progress since earlier in 2021 has been outstanding.

Commenting on the findings of the October 5G Scorecard, Patrick Linder, chief marketing officer, RootMetrics, says, “Our latest data shows that the 5G market in the UK is intensely competitive, and no operator can afford to rest on its laurels. The good news for consumers is that speeds have continued to improve, and with the operators adding new spectrum resources at auction earlier this year, we’ll likely see broader availability and better speeds going forward.”