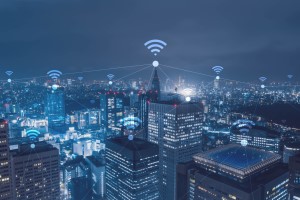 For the first time since their inception over a century ago, America’s age-old copper and cable networks are being replaced with high-speed gigabit fibre optic networks in cities across the US. Here, Ben Bawtree-Jobson, CEO of SiFi Networks, North America’s privately owned open access broadband developer, looks at the implications ahead of the release of the company’s book Broadband: The Second American Revolution.

At a time when connectivity matters most, 42 million Americans still do not have access to wired or fixed wireless broadband. Where it is available, consumers often only have one choice of provider, and face the prospect of inflated prices and poor customer service.

Over the past year, SiFi Networks has been exploring this issue in a new book, which it hopes to release in the coming weeks. The book, titled Broadband: The Second American Revolution, illustrates the shortcomings of the prevailing model of American broadband, where service providers own and operate their networks exclusively, instead of using a shared infrastructure like in most European and Asian countries.

As well as featuring interviews with US representatives, and the cities pioneering the next generation of broadband, the book explores three key issues: how to bring about better consumer choice, how to tackle the digital divide through better broadband and how to lay the connectivity groundwork for the smart cities of the future.

To achieve this, SiFi Networks is rolling out a new model of privately funded open access broadband in the US that will promote competition and improve consumer choice. Our city-wide fibre networks deliver wholesale access to several providers, including ISPs, cellular carriers and city municipalities, meaning that they can use the shared infrastructure to deliver better retail offerings to customers.

The release of SiFi Networks’ new book will come following our recent deal with the cities of Salem, MA and Placentia, CA to create citywide, fully fibre-based broadband networks. The projects, worth a combined $70 million (€60.49 million), will realise what we call FibreCities and are just two of six cities we’re working with so far. SiFi Networks has an initial $450 million (€388.86 million) of capital committed for the coming months with access to an unlimited pool of infrastructure capital to roll out the strategy to hundreds of cities in the coming years.

The author is Ben Bawtree-Jobson, CEO of SiFi Networks. 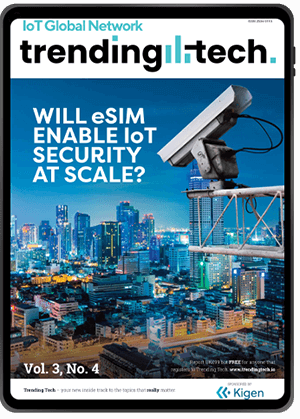 It isn’t news that IoT is threatened by cybercrime and that security is at the forefront of the minds of organisations that are deploying IoT devices and services. When it comes to embedded SIMs (eSIM), the integral security of the traditional plastic SIM is partly eroded…