Collective immunity: A vaccine for all telecom fraud 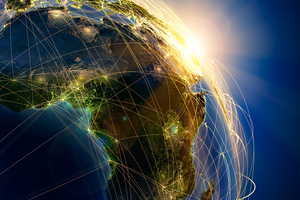 Today about 42% people worldwide have received an anti-COVID vaccine. If we add 20% more we will achieve collective immunity, says Vasily Birulin, managing director at AB Handshake.

It would be great if the same could be done to protect against voice traffic fraud. Actually, it could be. Fraud schemes hit telecom operators and other businesses every day causing billions of dollars in financial losses each year. This overwhelming threat has led operators and national regulators to try to establish new protocols to detect and prevent telecom fraud. While they are successful in some cases, there’s too much money to be made and the fraudsters always find a way to evolve, slip through the cracks of the fragmented telecom industry and escape with profits.

The key word here is ‘fragmented’. This is a key issue in the fight against telecom fraud.

Different regions of the world have different regulations; however, more importantly, telecom services are usually delivered by more than one network operator. A single voice call can originate on a specific cellular network and terminate on another fixed-line network, which involves a separate provider.

Lack of communication between operators

It’s also important to note that fraud isn’t only a matter of financial losses. Increasingly, the costs of telecom fraud also cause reputational damage to operators and the brands they serve. This has led to mistrust among operators.

This has been the case for decades as telecommunications companies, including wholesalers, have joined the fight against fraud and developed telecom fraud protection services. They’ve done a good job of blocking some attacks, but many attackers out there still succeed. And each year, the financial losses from these successful attacks amount to billions of dollars.

Telecom service providers and government institutions have been in the fight against telecom fraud for decades, offering solutions for operators that stop most, but not all, fraud attacks.

Recent legislation includes the TRACED anti-robocall act in the US. However, since there are such large profits in fraud, most scammers have ignored it. They push ahead.

Another recent milestone was on June 30th, 2021 the deadline for operators to integrate the new STIR/SHAKEN protocol or an alternative fraud mitigation program into their existing systems.

However, many operators implementing the STIR/SHAKEN protocol have faced problems with integration expenses and compatibility (it only works with TDM networks).

Traditional fraud-fighting systems use reactive techniques with each of their operators that collect their own data and analyse calls on their networks. This means that they can gain insight only on the calls taking place on their networks and nothing else. Because fraud schemes can easily route a single call through many networks, there is a lot of data these systems don’t detect.

The new idea is that via collaboration, multiple operators can exchange data about calls to prevent any fraudulent call from starting. Such collaboration can facilitate a fraud management community that can proactively co-operate to monitor and validate calls over multiple operators, much like the SWIFT system does for banks sending and receiving payments around the world.

Taking a cue from banking to stop telecom fraud

The author is Vasily Birulin, managing director at AB Handshake