Why cloud networking should be none of your business 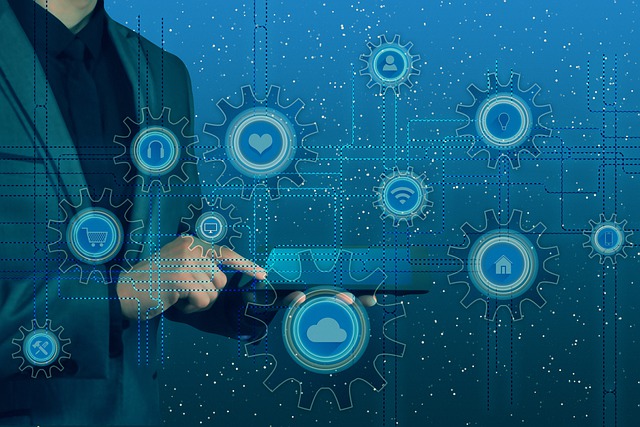 Business is distributed and global, but IT has remained stubbornly centralised and parochial. The cloud – a global powerhouse of virtual information processing resources – finally makes it possible for enterprise IT architecture to be defined by the needs of the business. For decades, it has been the other way around.

Migration of enterprise applications to the cloud is accelerating. According to Gartner, while fewer than a quarter of business applications are in the cloud today, that’s set to double in the next two years. Cloud services are growing at twice the rate of all other IT and, according to IDC, the “whole cloud” market will be worth $1.3 trillion by the middle of the decade.

The challenges for IT transformation in the cloud era

Yet there are still significant challenges for senior managers responsible for IT transformation in the cloud era.

Building networks in the cloud is complex, time-consuming and expensive. Services like MPLS and remote access VPN, which predate cloud, were designed for the old world and remain anchored to the data centre.

The Internet is ubiquitous and cheap but comes without the performance and other service-level guarantees that enterprises demand. Even SD-WAN, which is less than a decade old, falls short of providing a complete solution. SD-WAN gets your network to the edge of the cloud but requires considerable enhancement to provide the levels of connectivity organisations will need within the cloud and between different clouds.

Even in a single cloud, providers deliver raw capabilities that are left to the user organisation or a third-party to complete. For example, inserting firewalls, configuring advanced routing (eg for network segmentation) or implementing zero-trust security require considerable effort.

One of the main use cases for cloud networking

There is not one public cloud but many, and they all implement the same networking concepts in different ways. That means that the raw capability issue becomes a multidimensional problem when enterprise networks span more than one cloud. According to Flexera’s annual State of the Cloud report, the average enterprise already uses more than four different clouds.

One reason for this is that some workloads may be optimised for a particular cloud. For example, there may be functional and cost advantages in running Windows workloads in Azure. For other applications, your organisation may prefer Oracle, AWS or GCP. Other considerations include proximity to cloud regions and data centres, which could have performance implications in global networks.

Cloud has made it easier for business users to fire up their credit cards and cut the IT department out of purchasing decisions. In some organisations as many as nine in ten cloud applications were purchased without the knowledge or consent of IT. Much of this off-book software has poorly implemented security and data back-up.

Lack of visibility and control of resources connected to the Internet and public clouds has obvious implications for IT security, corporate governance and financial management. The most important reason why large enterprises are adopting multicloud policies is for leverage on cloud vendors.

These are the new proprietary environments – and customers rightly worry about lock-in. Public cloud providers use technical and contractual levers to make it easy and attractive to check in but difficult to check out. Welcome to the Hotel California.

The definition of effective cloud networking

Effective multicloud capability is another of the key features of cloud networking, according to Gartner’s definition.

What does this mean in practice? In Alkira’s definition of cloud networking we include:

Multicloud use case: Multinational, industrial conglomerate migrates in one day

One of our customers, diversified industrial giant Koch Industries, had the same idea. It spent two years and millions of dollars building SD-WAN on-ramps to AWS as part of its $1.5bn ten-year IT transformation programme. After a decision to move some workloads to Azure, Koch was then faced with the prospect of adapting the infrastructure for the new environment.

Building production-ready on-ramp to Azure would have taken three to six months using the transport hubs in Koch’s previous system architecture. According to chief technology officer, Matt Hoag: “With Alkira, we were able to stand it up in a single day. We had gone from a mass of complexity and months of work to a dashboard that allowed you simply to draw your network and deploy it in a few hours.”

Cloud networking as a service for enterprises

Other enterprises confronting the same problems faced by Koch will have a similar mountain of complexity to climb. The challenges of the DIY approach mean that any touted advantages of business agility will be quickly eroded.

It’s time for enterprises to ask why the need to build and operate networks at all, when cloud networking can be delivered as a service. In addition to the elimination of capital expenditure, reducing complexity also promises to deliver massive reductions in operational expenses.
Services can scale (up and down) in a way that physical infrastructure cannot, and consumption-based services eliminate over-provisioning: the enterprise pays only for what it consumes.

Our prediction is that in future, enterprises will no more consider building their own networks than they would contemplate generating their own electricity.  As Matt Hoag from Koch puts it: “We run networks because we have to, not because we make money from it. Being able to leverage new capabilities in the cloud at the speed of the business, not at the speed of traditional IT, is going to be of huge value.”

The author is Amir Khan, founder of Alkira, a virtual network as a service provider