Career snapshot: ‘Opportunity dances with those already on the dance floor’ 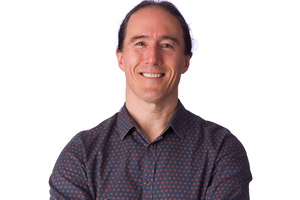 As Richard Tang, chairman and founder of Zen Internet tells Jeremy Cowan of VanillaPlus , there are times when you could create a business plan or just dive right in and see how it goes. But, whatever you do, trust your gut instinct.

The first job I did as a child was a paper round. I remember it being very cold in winter, getting up in the early hours. There was a regular threat from a selection of dogs on my round, but I can only remember actually being bitten once. In my teens, I moved on to selling petfood on Rochdale market, which was good fun and earned me a bit of extra pocket money.

My first “proper” job was a year placement at Plessey Radar during my degree, writing software and diagnosing faults on one of Plessey’s radar systems. During the evenings and weekends, I supplemented my income by working at a bowling alley, first in the fast-food kitchen, and later in the bar, which I much preferred.

I asked my brother Dan whether he thought the internet would take off, over a pint, in a pub in 1995. Dan said “yes”, and we decided to set up Zen Internet. That one pivotal pub chat changed my career and my life! The internet was very niche back then a novelty for techies mainly. I don’t think anyone, including me, realised just how big and all-encompassing it was set to become.

A great lesson from that decision we made in the pub is that if something looks interesting, sometimes it’s best to just dive in and see how it goes. Bigger businesses often struggle to do this, as they tend to rely on detailed business plans supported by big and complex spreadsheets. Such a business plan in 1995 would almost certainly have led to a decision not to bother. After all, many businesses back then saw the internet as little more than a different way of sending a fax. As author H. Jackson Brown Jr. said, “Opportunity dances with those already on the dance floor”. So, get yourself on the dance floor!

VanillaPlus: Without naming and shaming, tell us about your worst ever boss.

I’ve got two people in mind. I wouldn’t describe either of them as a bad boss. In fact, they were OK bosses, and in some respects good bosses. But between them, they did have a problem. The problem was that they were both directors of the business that they each owned exactly 50% of.

I learnt an important lesson from that experience, always make sure someone has the final say. It is essential that businesses have mechanisms to reconcile differing opinions, get to a decision, and move forwards ideally with all stakeholders getting behind that decision, even if it wasn’t their choice. At Zen, I have been the person with the final say, as owner of 100% of the voting shares. It is rare that I need to exercise that final say, but essential when I do. It has certainly been an enabler of our success over the last 26 years.

In March 2019, I travelled to Zagreb, Croatia, to present at a conference on “When AI becomes super-intelligent”. During my presentation, I shared my belief that machine intelligence would surpass human intelligence in the coming decades. I explained why I believe it will happen, and what the consequences might be. I received a lot of positive feedback on the presentation and left people with a lot of food for thought. The trip itself was memorable because it was the first time I had travelled abroad to present, and also I was presenting on a huge topic that is set to affect the whole of humanity.

VanillaPlus: What has been your proudest moment in your career so far?

The very best moments for me are when members of staff compliment the working environment at Zen. These compliments reaffirm and reinforce my belief that my work over the last 26 years to create a true people-first company culture has been completely worthwhile.

I have many examples of feedback, all of which I treasure, from many members of staff. Most recently, I received an email last week from someone who had left Zen and later returned. They wrote, “It’s safe to say I missed Zen a lot more than I was expecting, so it’s good to be back.”

“Go with your gut feel it will rarely fail you”. And… “You’re going to make a whole stack of mistakes, and each and every one of them will be essential to get you to where you need to be. They’re all going to be great learning opportunities, so treat them as such.”