Lower telco spending should not mean the death of innovation 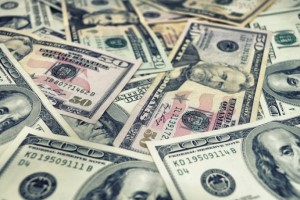 It seems that despite the continuing global roll-outs of new 5G networks, telcos are not having to break the bank to deliver them. Here, freelance business technology journalist, Antony Savvas looks at how innovation is perhaps helping.

According to stats just published by Synergy Research Group, telco CapEx levels in the first half of this year were flat while big tech hyperscale operator (Microsoft, Google, Amazon, etc.) CapEx shot up by another 30%.

Synergy said these numbers largely reflect longer term trends that show telco capex has essentially been static for the last six years, while hyperscale operator spending has more than doubled with enterprise IT infrastructure spending having grown 23%.

Across these three groups infrastructure spending in the first half grew 9% in a year and passed the US$300 billion (€252.87 billion) mark, with hyperscale operators now accounting for 27% of the total, up from just 13% in the first half of 2016.

Since 2016, said Synergy, the enterprise share of the total has hovered around the 30% mark, while the telco share has fallen from 56% to 44% — despite the advent of 5G.

The spending stats for the telcos and hyperscalers mainly cover networking and data centre hardware and software. The fixed and mobile telco operations with the biggest expenditure include China Mobile, Deutsche Telekom, NTT, Verizon, AT&T, Vodafone and Orange.

Although the figures don’t include the large amounts that telcos have paid governments for 5G licences, the falling spending totals among telcos signal both a “make-do” and innovation approach in the industry.

John Dinsdale, chief analyst at Synergy Research Group, says, “Telcos remain locked in a low-to-no-growth world and their CapEx reflects that. While there were big hopes for 5G, it has proven to be a case of changing the mix of investments within relatively fixed budgets, rather than substantially growing overall telco spend.

“That picture is unlikely to change too much over the next few years.”

While that sign-off on the telco figures seems rather gloomy, the telcos and their ecosystem partners are being innovative in various areas to make sure they can carve out a profitable slice of the 5G market, not least in energy consumption.

In London, Ericsson and Vodafone have completed trials with a 5G antenna-integrated radio solution that saw Vodafone’s daily network energy consumption decrease by an average of 43% in comparison to previous generations of radio technology. And energy consumption was slashed by as much as 55% at off-peak times.

1,500 of the new radios will now be deployed across Vodafone’s network by April 2022, helping to reduce the operator’s forecast energy consumption of its evolving 5G network, and will support a “sustainable and responsible 5G roll-out”, says the partners.

Andrea Dona, chief network officer at Vodafone UK, says, “Our strategy is simple, turn off anything we don’t need, replace legacy equipment with up-to-date alternatives and use the most energy efficient options available.”

He adds, “There is no silver bullet to manage our network energy consumption, it is about putting sustainability at the heart of every decision and adding up all the small gains to make a material difference.”

Small gains can certainly add up, but a big one has also just been announced in 5G manufacturing systems.

5G-ENCODE, the UK government- and telco-backed project that aims to make the benefits of 5G a reality for manufacturers, has just switched on the second phase of its industrial private 5G network, which takes the efficient use of network slicing and splicing a lot further.

Phase one of the network was launched at the UK National Composites Centre (NCC) late last year, and mainly focused on pushing the technical possibilities of 4G slicing and setting benchmarks for 5G to follow.

Within any manufacturing environment there are multiple tools and machines all requiring different levels of connectivity with varying degrees of latency and throughput. Wireless slicing and splicing enables operators to create multiple virtual networks that can be customised according to specific services and traffic levels.

The network can, therefore, be optimised to meet the needs of different processes to improve efficiency, performance and business output.

Through Zeetta Networks’ (a 5G-ENCODE partner) multi-domain orchestrator platform, engineers can automate the slicing of network resources to provide users and machines with the exact level of connectivity needed to optimise performance. Any leftover capacity can also be directed elsewhere, making the factory far more efficient and productive, it is promised.

As part of the phase two network deployment, Zeetta and partners have created a new network slice offering by stitching together slices from one transport network and two separate private networks; one located at NCC HQ and the other at another NCC facility located several miles away.

As a result, for the first time in the world, an industrial 5G network can not only be customised and divided into multiple logical networks, but each of those virtual networks can be extended across a transport network to reach another virtual network in a completely different administrative domain.

Zeetta’s technology enables the “stitching” of the individual network slices to create a new network slice through an “easy-to-use” graphical user interface.

Such end-to-end slices can deliver continuous connectivity for the “seamless delivery” of applications across different network domains regardless of vendor or technology, says Zeeta and its partners.

As part of the effort, technology from the likes of Raemis, Airspan, ADVA and the University of Bristol was used.

Away from the traditional connectivity providers, “0G” IoT network firm Sigfox has won the attention of Google.

Sigfox is partnering with Coral, Google’s platform of hardware components, software tools and models for building devices with artificial intelligence (AI) at the edge.

As more firms integrate Internet of Things (IoT) devices into their activities, more data than ever is being collected and industry leaders are continuing to struggle to find fast and cost-efficient ways to transport and harness it.

To solve this challenge, Coral provides technology to run a machine learning model locally, at the edge, without needing to send large amounts of data to the cloud.

Sigfox is looking to integrate the Coral Edge TPU processor on IoT devices, making it possible to run inferences locally and capturing new information from the field, while also “reducing costs and minimising energy usage”, it said.

“Once the raw data is processed and its value has been harvested at the device edge, the Sigfox 0G network will transport it rapidly and at a very low cost to the customer’s platform,” claims Sigfox.

This, and all the other initiatives, are welcome in an industry that is rightly aiming to get more bang from its buck in new and uncertain times.