API-led integration will be crucial to reigniting the economy 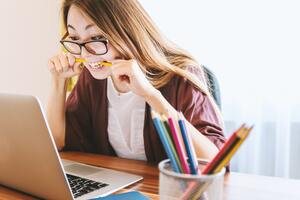 Internet use has risen, partly through people staying in
touch via video calls

Technology has now become the very fabric of everyday life for many people, and its significance to everyday life continues to grow exponentially, says Ian Fairclough, VP of customer success at MuleSoft.

From a rise in online shopping, to people staying in touch via video calls, internet use has risen to an average of 3-4 hours a day in the UK since April 2020. As the digital world has become increasingly important, the way customers want to interact with businesses, and the way in which organisations operate has changed dramatically.

However, this hasn’t been easy to support, as data silos and complex, spaghetti-like networks of connected technology systems have proven an obstacle to the delivery of digital services. To overcome this, it’s vital organisations embrace an application program interface (API)-led approach to integration. This will allow business users to easily self-integrate data and apps, to create their own seamless digital experiences and help accelerate transformation.

While digital transformation remains a priority, IT departments are finding it difficult to balance innovation alongside their core duties. The Connectivity Benchmark Report from MuleSoft highlights that 70% of IT teams spent most of the time simply “keeping the lights on,” as they battled to keep workers online and maintain service availability during the pandemic.

It’s understandable that IT teams have found themselves overwhelmed, but it’s imperative that organisations retain the ability to innovate. However, this is becoming more difficult, with only 37% of IT teams able to finish all of the projects assigned to them, compared to 41% the year before. Most of this shortfall relates to technology constraints, where siloed data and complex connected technology estates are hampering organisations’ ability to digitally transform.

Linking together critical core applications, data, and systems in a more flexible manner will make innovation much easier. Often, these connections are based on custom code, which takes time and costs large businesses an average of US$3.5 million (€2.98 million) a year in labour. Despite this level of investment, only a small number of apps less than a third are integrated within most enterprises, which is hampering efforts to provide seamless digital experiences. The effective integration of data and applications will play a huge role in fuelling a post-pandemic recovery.

Custom-coded point-to-point integrations are a notorious challenge when it comes to legacy infrastructure. Enterprises that have been able to overcome these issues have seen significant improvements in innovation, project delivery, and customer engagement.

As other organisations look to replicate the success of these enterprises, one of the most effective approaches is to look towards API-led integration. This enables organisations to integrate apps and data more flexibly, to digitally transform faster and deliver higher-quality customer service.

The Connectivity Benchmark Report shows that API adoption is growing, with 96% of organisations embracing them last year, up from 80% in 2019. It’s clear that organisations are seeing the benefits of APIs, such as increased efficiency, productivity, and revenue.

However, it’s important to note that API reuse has stagnated in the last two years. Only 42% of software components and assets exposed via APIs were reused for other projects in 2020. With IT teams feeling so stretched, the reuse of existing APIs and best practice templates could make all the difference between innovation accelerating or slowing down.

By enabling business users to play a more direct role in innovation by self-serving the data and capabilities they need, API reuse is critical in ensuring all organisations have the power to transform faster. However, we found that just over a third of organisations have this mature approach to API integration, with self-serve tools available to their teams.

One example of where an API-led approach has succeeded is at AXA Luxembourg. The company needed to become more agile to better serve its customers. To do so, it needed to leverage its data more effectively, which required several custom built on-premises systems to be connected to external cloud applications.

It would be too costly to connect these via custom coded integrations. Instead, AXA Luxembourg built six APIs that could connect data across multiple apps and systems. These included a Customer API, Document Management API, and Insurance Backend API, which were all built in just three months. By reusing these APIs multiple times, AXA Luxembourg was able to deliver integrations 30% quicker than before, which resulted in 25% more time available to focus on innovation in other parts of the business.

It’s now possible for business end-users to take matters into their own hands and power their own transformation through reusable APIs. By providing them with self-service, simple-to-use tools, it’s possible for IT leaders to share the responsibility for innovation with the wider business. However, IT teams must enable this change by keeping an eye on the performance and usage of APIs, and ensure security is built-in from the start to avoid creating targets for potential attacks.

If they get their API strategy right, not only can organisations drive faster time-to-market, but the productivity of their teams will increase dramatically. As a result, more time can be spent driving innovation rather than maintaining basic IT functions. This will be vital to ensuring customer demand for seamless digital experiences can be met as the future becomes increasingly digital, so organisations can continue to play a central role in reigniting the economy.

The author is Ian Fairclough, VP of customer success at MuleSoft.