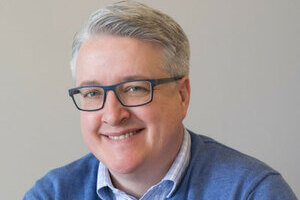 It sounds simple, telcos need to actually use the edge for themselves. The hyperscalers became successful by using their own infrastructure to deliver their own services while developing external offerings. Now telecom should be doing exactly the same thing. Jason Hoffman, president and CEO of MobiledgeX tells Jeremy Cowan, editorial director and founder of VanillaPlus, that telcos need to build an edge, and then put key network functions on it … and 5G is the killer use case.

Jeremy Cowan, VanillaPlus: Operator edge and cloud strategies have converged over the past year. What new dynamics and urgencies has this created?

Jason Hoffman, president and CEO of MobiledgeX: Operators have yet to standardise on a dominant edge strategy. They are coming at it from a number of angles, building their own ‘federated’ edge via the GSMA Telecom Edge Cloud initiative, private edge networks for specific customer use cases and, lately, striking a lot of deals with the hyperscalers.

About a year ago, we saw a sizable shift from use case exploration to a focus on deployments, especially with the big public cloud providers. Suddenly, there was an urgent need to manage these rollouts in a way that wouldn’t lock operators into any one path. Ideally, edge takes on a range of sizes and shapes with operators shifting workloads across clouds as use cases and business models demand.

Our role onboarding hundreds of edge use cases continues, but it is orchestration of all these edge clouds that has emerged as the most significant near-term imperative for our customers and opportunity for us. This is essentially telecom’s third attempt at a proper digital transformation toward cloud and one that operators know they have to get right. Leaning on the scale, speed and cost savings of cloud while ensuring a diversified future is an important step toward that.

Jeremy Cowan: MobiledgeX was publicly launched as a Deutsche Telekom-founded start-up to help accelerate global operator edge strategies. What has been your latest progress toward that goal?

Jason Hoffman: We recently introduced MobiledgeX Edge-Cloud 3.0 for orchestration of edge and cloud networks. This follows our introduction of capabilities to establish global, telecom-led edge networks with capabilities for creation of private edge networks, and our extensive work with developers to determine edge software and infrastructure needs for hundreds of use cases.

Today, we have commercial deployments around the world with more than 25 operators. The edge clouds we support reach over 600 million subscribers. We’ve onboarded a diverse set of edge use cases across augmented & mixed reality (AR/MR), connected vehicle, retail, manufacturing, smart city and many more. From a business perspective, we’ve raised a series B round of funding that has seen Samsung, VMware, WWT and others join our investors and we diversified the board to include representatives from Samsung and VMware along with Deutsche Telekom and the CEO.

The bulk of the work we’re doing at this moment is helping to shore up edge-driven cloud strategies for operators. It’s been the case where as these major operator-and-hyperscaler deals are struck, we almost immediately get our deal to help manage it in the background.

Jeremy Cowan: Being a cloud entrepreneur as a founder of Joyent before being tapped to lead Ericsson’s software and cloud strategy, and now working on behalf of a tier-one operator, you have a privileged understanding of competing motivations and what telcos need to do to succeed in cloud engagements. What are some of the imperatives you see for success?

Jason Hoffman: Look, for years, we’ve heard operators complain about a lack of vendors and need for more tech suppliers. Well, from a pure capabilities and scale perspective, who better to come along and invest in telecom than the major cloud providers? Geographical reach, speed, leading innovation in AI (artificial intelligence), processing and developer onboarding – it’s all there for telecom’s taking.

Leaning on cloud is a no-brainer move, but it’s just a first step toward being successful in cloud. You hear a lot about telcos needing to have a “hyperscale strategy,” but Amazon, Microsoft and Google are each distinct companies with distinct motivations and capabilities. In reality, telecom providers will need an Amazon strategy, a Microsoft strategy and a Google strategy. They’ll also need to continue investing in their own edge architecture, via initiatives like GSMA Telecom Edge Cloud.

Most importantly? They are going to have to actually use the edge for themselves. The hyperscalers became successful by using their own infrastructure to deliver their own services while developing external offerings. Telecom should be doing exactly the same thing. Build an edge, and then put key network functions on it right alongside what’s being sold to customers and what you are offering software developers. Then make sure you have the flexibility to move workloads on a dime to whichever edge suits the use case best at that moment.

This strategy sees operators reaping the benefits of internet scale with low overhead costs and ultimate control to choose future paths as they see fit.

Jason Hoffman: When we sit with operators and talk about the most imminent or killer edge use cases, it comes as a surprise for some that it’s … 5G. It’s that simple. 5G, that’s the killer accessible use case. There are a range of 5G functions that can and should be run on the telecom edge.

Just this summer, we demonstrated and validated the reference design with Deutsche Telekom and Mavenir the ability to deploy cloud-native 5G User Plane Function (UPF). We showed it abstracted away from underlying cloud architecture, infrastructure vendor and operating owner. There are dozens of other 5G network functions we’re doing this for.

Open RAN? You don’t need to introduce an entire additional platform to the network just run it as a function on your edge. Operators need to be their own best edge customer before they’re able to truly deliver something compelling to a third party. At least as it relates to delivering a network-wide offering or edge service that can roam across networks. Do this right and edge success will follow.

Jeremy Cowan: What is MobiledgeX’s role in GSMA’s Telecom Edge Cloud deployments? Why is this initiative important and how has the work happening within it expanded over the past year?

Jason Hoffman: Deutsche Telekom launched MobiledgeX as an independent software product company in anticipation of a required edge management solution that would be accepted and work across a broad, global operator community. Subsequently, GSMA began standardising the interfaces as part of GSMA TEC and MobiledgeX was instrumental in shaping this initiative from day one, with Deutsche Telekom and Telefonica chairing the committee.

MobiledgeX has provided a software-based edge cloud platform that implements GSMA TEC specifications and sells it to any of the expanding set of interested GSMA partner operators joining the initiative. The model gives operators choice rather than being locked into one technology provider because we’ve integrated and federated all the other infrastructure offerings on the market.

To date, all public demonstrations of GSMA TEC have been executed using MobiledgeX and we have passed stringent tier-one tech acceptance milestones in support of these efforts. There are more than two dozen operators directly involved in the initiative with more continuing to join. Significantly, news coming out of this initiative has evolved from singular operator announcements to multiple operator federated announcements to commercial deployments spanning diverse geographic regions.