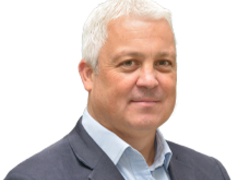 Neos Networks, one of the UK’s B2B connectivity providers, partly owned by SSE Group, has announced the completion of its DCMS funded Local Full Fibre Network project in Perth, Scotland, ahead of schedule.

The fibre network connecting three key Council data centres and 31 public buildings and community establishments within Perth was completed two months ahead of the scheduled completion date at the end of September.

Spanning 19.5km, the new end-to-end full fibre network covers city centre locations, including educational institutions, council buildings, leisure centres and sheltered housing, as well as key public buildings such as Perth fire station and the CCTV monitoring centre. It stretches out to the west of the city, close to the new 3,000-home Perth West housing development.

Perth and Kinross Council awarded Neos Networks the major gigabit-capable connectivity project in November 2020, with the goal of facilitating next generation technologies such as 5G and Internet of Things (IoT), crucial to futureproofing businesses in the area and the local community.

The full fibre network deployed by Neos Networks, the second alongside another successful project in Aberdeenshire, now underpins significant infrastructure within the region and was completed ahead of schedule, in July 2021.

Forming part of Wave 3 of the Department for Digital, Culture, Media and Sport (DCMS) Local Full Fibre Network programme, the project received £1m (€1.17m) of funding from UK Government and was supported by Council and Building Digital UK (BD-UK) officials from procurement through to completion. The project also utilised just under half a million pounds of UK Government funding allocated to the Tay Cities Deal for digital projects as a local contribution.

The Neos Networks delivery team was required to connect buildings close to an existing 10km duct network owned by the Council, and used for traffic lights and CCTV, utilising existing SSE duct and building new duct where necessary. Neos Networks encountered numerous challenges throughout the project, including adverse weather and the COVID-19 pandemic. Issues with existing Council duct infrastructure also emerged. For example, technical concerns identified during early surveys, resulted in a month’s redesign work, which was undertaken in just two weeks.

Alternative solutions that were just as cost efficient, environmentally friendly and minimally disruptive as those in the initial plan were identified and implemented at pace. One example was Neos Networks’ use of existing council duct across the Queen’s Bridge, initially designed for CCTV and traffic light systems, to deliver the full fibre cable across the River Tay without laying new ducts reducing costs, saving time and minimising disruption.

Now the network is fully installed and ready for operations scheduled for the end of September, the connectivity provider will help serve Council buildings and the local community for the next 20 years, under IRU agreements between the Council and Neos Networks, futureproofing the region against the ever-growing demands of the digital economy.

Aside from the direct benefits of connectivity, the project is supporting the local economy through investment, government driven initiatives and schools training programmes to deliver connectivity to rural communities, helping bridge the social divide.

Peter Asman, managing director for public sector & enterprise at Neos Networks says, “The importance of effective collaboration and constant customer contact has been key to the success of this project. Working in conjunction with Perth & Kinross Council has been outstanding and is a prime example of how public sector bodies and service providers can work in partnership to transform society and secure a gigabit-capable digital future for the community. The joint effort from everybody involved has helped us complete the project on time and to a high standard. We are all very excited to see the benefits that our deployed full fibre connectivity can bring to the region.”

Councillor Murray Lyle leader of Perth & Kinross Council added, “We are delighted with the work that Neos Networks has carried out and fully believe the benefits it brings will transform the city and surrounding communities. The team were not only flexible and adaptable across the many challenges faced, but they also met all our requirements delivering on budget and ahead of schedule, providing our local buildings and community with the connectivity they need.”

Matt Warman MP, parliamentary under secretary of State for digital infrastructure stated, “I’m delighted that this game-changing gigabit network in Perth has now been completed thanks to funding from the UK government.

“Across Scotland we’re busy upgrading hundreds of hospitals, schools, libraries and other public buildings to gigabit broadband and will soon be announcing more areas that will benefit from our record £5 billion (€5.86 billion) fund to connect hard-to-reach homes and businesses.”