VPN demand grows together with concerns about users’ privacy 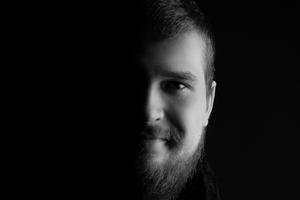 As International VPN Day is approaching, a digital privacy expert talks about how virtual private networks are becoming mainstream

According to Google Trends, over the past 8 years, interest in virtual private networks (VPN) has doubled and outgrown the demand for another popular cybersecurity product an antivirus.

“Spikes in the demand for VPNs usually concur with cybercrime statistics or some important political decisions related to internet surveillance or privacy in general. Virtual private networks help users to encrypt their traffic and browse with peace of mind, without third parties accessing their data. As people face the dangers or restrictions, they tend to value their privacy, security, and freedom more.That is why VPNs are becoming more of a mainstream product nowadays,” a digital privacy expert at NordVPN Daniel Markuson comments.

As International VPN day will be celebrated this week on August 19, we can overview the history of how VPNs are becoming one of the top cybersecurity products of today.

VPNs emerged in 1996, when Microsoft first came up with the technology to help their employees work from home more safely. Afterwards, private networks were only used by businesses. Regular users’ interest rose only in 2013, when Edward Snowden revealed the existence of massive secret information-gathering programs.

The spike wasn’t significant as there was still very little knowledge about the technology, but it was the first time when people became concerned about their internet privacy. In fact, interest in private browsers (such as DuckDuckGo) doubled overnight.

For a long time, VPNs were mostly used in Asian countries to unlock western content and social media restricted by the government. The report presented by GlobalWebIndex in March of 2016 showed that Indonesia saw the most prolific usage of VPNs in the world, with 41% of internet users using virtual private networks on their devices. Other Asian countries weren’t far behind, while people in the Western world were much less active in VPN usage.

The situation started to change in November of 2016, when Trump was elected president of the US and the Cambridge Analytica scandal got associated with this win. Another important event was the Investigatory Powers Bill nicknamed the “Snoopers’ Charter” which was agreed upon by both Houses of Parliament in the UK at the end of 2016.

Trump’s election meant the end of freedom on the internet for many Americans, as he was known for his critique of net neutrality. The spike in the number of users could be seen across most VPNs providers, which reported an average growth of 25-40% in downloads within the first week after the elections. NordVPN, however, saw a revenue growth of 70% as people started purchasing long-time subscriptions more actively.

Under the new administration, Obama’s rules on net neutrality were rolled back. This caused paid VPN subscriptions to double on Google Play. The peak in sales was reached in March of 2018, when it came to the public attention that personal data belonging to millions of Facebook users was collected without their consent by the British consulting firm Cambridge Analytica.

Similar tendencies could be seen in the United Kingdom after the “Snoopers’ Charter” approval. The bill has given the government unparalleled powers to snoop on citizens’ web records, intercept their communications, and even hack into people’s smartphones. Ever since the bill was presented in the Parliament in July of 2016, interest in VPNs was rising, according to Google Trends. Once the new policy came into force, the interest turned into purchases. In fact, NordVPN’s sales in the UK tripled over the three months after the legislation.

The coronavirus pandemic made a lot of people switch to remote work. With many companies seeking to protect their data and employees from possible cyber attacks, VPNs demand increased by 44% over the second half of March 2020, and remains 22% higher than pre-pandemic levels.

“During the pandemic, cybercriminals took advantage of the confusion and lowered security protocols connected to people working at home. The good news is that it also made people more interested in cybersecurity. At the moment, there are 142 million VPN users in the US alone. And the demand is growing every year”, Daniel Markuson, a digital privacy expert at NordVPN, shares.

Daniel Markuson thinks that, in the future, VPNs will become as mainstream as antivirus products are at the moment and invites everyone to celebrate International VPN day on August 19. Use this day as an opportunity to broaden cybersecurity awareness.

The author is Daniel Markuson, a digital privacy expert at NordVPN.