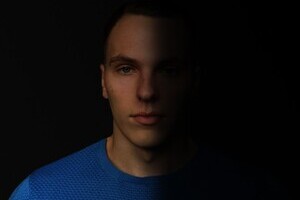 According to data based on the VPN Adoption Index by Atlas VPN, Virtual Private Network (VPN) downloads rose to 616 million in the first half of 2021 from 85 selected countries. In 2020, the number of downloads stood at 277 million.

The VPN Adoption Index created by Atlas VPN’s research aims to provide a clear overview of how Virtual Private Network services are being adopted worldwide. VPN adoption refers to the percentage of the country’s population that downloaded VPN applications throughout the specified period.

Just like the previous year, most of the countries on the top 10 list (7 out of 10) are Arab countries.

The reason behind the high adoption rates remains the same governments in Arab countries tend to employs some of the most stringent internet restrictions globally.

Prior to 2021, the VPN penetration rate in India hovered around 3%, which is near the bottom of the list. Yet, by far, the most significant growth in the number of downloads in H1 2021 was in India, where VPN installs exploded to a staggering 348.7 million, representing a growth of 671% over 2020.

Edward Garb, a cybersecurity researcher at Atlas VPN, explains the findings, “The analysis reveals that the main factor when it comes to the countries’ VPN adoption is how strict are the internet restrictions employed by the government.“These restrictions often go against one of the main positive aspects of the internet the freedom to express your opinion, to be heard, and to pull global attention to issues that might otherwise be hidden by the countries’ officials,” Garb concludes.