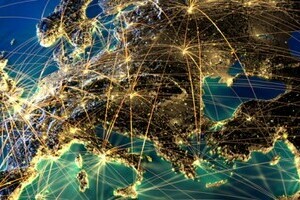 The growth in multi-access edge computing (MEC), driven by 5G, is being backed up by some significant announcements in the communications industry. Business technology journalist, Antony Savvas looks at the progress.

According to analyst Dell’Oro Group, in a just-published MEC market update, global investments in MEC are expected to grow at an impressive 140% CAGR (compound annual growth rate) from 2020 to 2025.

David Bolan, research director at Dell’Oro Group, says, “The cumulative five-year investment in MEC is expected to be US$11 billion (€9.32 billion). Though the CAGR is the same as our previous forecast, the cumulative forecast has decreased due to slower than anticipated wide-scale launches of 5G standalone (5G SA) networks.

Another factor, said Bolan, may be the need for specifications for federated MEC networking, to help spread use and ease integration between networks.

Taking that into account, the industry itself is getting behind the opportunities that are already out there.

It will leverage Tier 1 telco networks to get closer to application users, and BT has been brought in as the pair’s first major partner. The technology promises to “significantly increase the speed at which data can be analysed” at the edge, while reducing the amount of data that needs to be sent to the cloud for processing.

Ori and KX are now working with BT Innovation Labs to bundle the solution for BT’s Enterprise customers. The offering is aimed at various applications across the Internet of things (IoT) and MEC architectures, including predictive maintenance, smart manufacturing, smart cities and augmented reality / virtual reality (AR/VR), among other uses.

Douglas Mancini, chief commercial officer at Ori Industries, added, “In pairing one of the industry’s fastest streaming analytics solutions with our low latency delivery stack, we’re enabling telcos to leverage their networks like never before, opening up the true promise of 5G.”

On the other side of the Atlantic, Verizon and AWS have expanded their own MEC footprint to enable developers and businesses to build and deploy applications at the edge of Verizon’s wireless network.

The combined technology minimises the latency and network hops required to connect from an application hosted on AWS to an end user’s device. The companies now offer 5G MEC in 13 of the top 20 metropolitan areas in the US.

The offering is supporting a variety of applications such as machine learning, the IoT, and video and game streaming.

To benefit from a potential boon in the manufacturing market and other segments, NTT has launched what it bills as the first globally private LTE/5G network-as-a-service (NaaS) platform.

Running on a cloud-native architecture, the platform can be delivered via cloud, on-premise or at the edge. It is pre-integrated with technology from leading network and software partners, said NTT, allowing enterprises to secure, scale and segment their network flexibly.

With patent-pending MicroSlicing technology, P5G allows mission-critical apps to be given dedicated portions of the private network to make sure key tasks are completed effectively.

Shahid Ahmed, NTT Ltd’s EVP for new ventures and innovation, rightly said, “Global enterprises are looking for a single private 5G solution to deploy across multiple countries. They need one truly private network, one point of accountability, one management platform and one solution partner that eliminates all the major friction points across the entire global footprint of the enterprise.”

This will be seen as a bleeding edge solution by many in the industry, and NTT should be applauded for taking the risk and going all-in.

In the many arguments over the rights and wrongs around Brexit, the future of roaming charges for UK citizens was floated for some reason.

The European Commission did not originally mandate the telcos to end roaming charges across European Union territories for citizens across member states. The telcos themselves chose to do it gradually, years before the first European Commission legislation in 2017, and indeed extended the axing of roaming charges in many more countries than EU member states.

If telcos want to try and make a little more from their customers so be it, but they shouldn’t take them for fools. All the telcos will do is generate more traffic for the over-the-top communications service providers by driving their customers (or ex-customers) to the likes of WhatsApp, Microsoft Teams and Zoom.