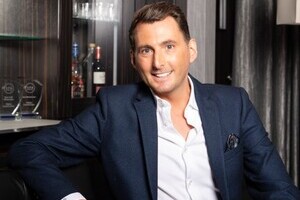 TelcoSwitch, a software provider of unified communications and compliance solutions, has announced the acquisition of Scottish-based IP telephony provider and network operator SureVoIP. The deal will add new infrastructure to enhance TelcoSwitch’s status as an enterprise network carrier, while also increasing resilience with data centres in both London and Edinburgh.

The SureVoIP acquisition is TelcoSwitch’s third in seven months and was made possible in part due to an additional growth capital funding round with Boost&Co. The deal will add valuable IP to the TelcoSwitch portfolio, specifically enhancing the company’s offerings for the SOHO/micro market. It also creates the potential for more residential-based services further down the line, as the UK moves towards the PSTN switch-off in 2025.

As part of the deal, TelcoSwitch will gain its third UK regional office in Aberdeen with the SureVoIP team being incorporated into the wider TelcoSwitch Group, broadening the company’s presence in northern UK regions. SureVoIP founder and managing director Gavin Henry will join the TelcoSwitch Group as its newly appointed CIO.

Russell Lux, CEO at TelcoSwitch, says, “SureVoIP is a company we’ve paid close attention to for the last couple of years, and I’ve known the founder, Gavin Henry, for much longer. His team have built a product set we see as hugely valuable to TelcoSwitch, and a network behind that which will enhance the existing infrastructure within our group of companies.

“I’m pleased we’ve been able to conclude this deal, our third of the year, and delighted Gavin and his team are joining the TelcoSwitch family.”

Gavin Henry, founder & MD of SureVoIP, says, “TelcoSwitch have grown significantly over the last three years, not just in terms of partners and end-users but also across their product suite. Both companies share the same outlook on where our industry is heading, which is why TelcoSwitch is the ideal home for SureVoIP. We’re extremely excited to be joining Russell and his team in becoming part of the TelcoSwitch Group, and look forward to the opportunities this will offer for partners and customers.”