The era of the eSIM 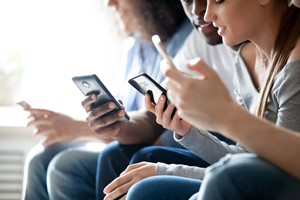 Operators have seemed hesitant to push the benefits of eSIMs to their customers, despite embedded SIMs playing a role in Internet of Things (IoT) technology for several years. But there are several reasons why now, more than ever, eSIMs could be getting the impetus they deserve. Here, Hamish White founder and CEO of telecommunications software provider Mobilise, explains why we’re in the era of the eSIM.

Telcos have been reluctant to take up eSIMs. In some ways, who can blame them? After all, removing the physical SIM and embedding eSIM technology into a mobile device removes much of the hassle of changing service providers and makes it far easier for customers to switch, if they’re drawn in by a better deal. However, there are many reasons why eSIMs are a telco’s friend, not a foe. And against the current backdrop of remote working, ever-evolving tech and major shifts in the way we do business, now is the time for this reluctance to fade.

No longer is it necessary to purchase plastic SIM cards when travelling to new countries. Thanks to eSIM’s remote provisioning capabilities, all customers need to do to obtain the best network and service in their destination of choice is have access to an eSIM-capable device, install an app, select a network plan and purchase. Most eSIM services will email over a QR code for the user to scan in order to activate the device, although others offer in-app provisioning for an even smoother experience.

Multiple plans can be stored on a single eSIM capable device, and used when required. This isn’t only beneficial for end users service providers are also able to work more flexibly and present various plan options to customers without the cost of distributing new cards. eSIMs can help providers maintain their competitive advantage, rather than hinder it.

It’s also worth noting that there are far more eSIM-compatible devices on the market nowadays. eSIM first gained popularity in consumer devices when Apple launched the technology in its iPhone XS in 2019. At the time, the device retailed at around $999 (€845.31), or roughly £720 (€843.17) placing it at the higher end of mobile device affordability.

Now, just a few years later, mid-range Apple devices such as the iPhone SE and iPhone 12 Mini have been produced with eSIM capabilities. Many of the latest Android phones also support eSIM, including the Samsung Galaxy S20 and 21 and multiple generations of the Google Pixel, to suit all customer preferences.

According to GSMA Intelligence, the definitive source of data and analysis for the mobile industry, 110 eSIM consumer devices were launched as of December 2020.

However, while new ways of working and the latest mobile tech foster an ideal environment for eSIM adoption, the technology’s widespread uptake still largely depends on decision makers understanding its value. We’ve already discussed eSIM’s flexibility and ease of use for customers, but what’s the business case for service providers?

When eSIMs made it into the consumer realm, digital onboarding often required a QR code that customers needed to scan upon beginning their contract. Now, to make things even simpler, users can download the operator’s mobile app and activate their eSIM profile in just one tap. Mobilise’s latest solution eSIM as a Service uses in-app eSIM activation, making the onboarding experience quick and uncomplicated. This option removes the need for visual explanation and step-by-step instructions, so users can focus on the things they want from their service provider, like staying connected.

At Mobilise, we have seen the penetration of eSIM capable devices increase from 5% twelve months ago to 35% now. Following this trajectory, by the end of 2022, we expect to see 70 to 80% market penetration of eSIM capable devices in Europe. Front runners deploying eSIM early will have the benefit of competitive advantage, while others, before long, will find themselves racing to catch up. Now truly is the era of the eSIM.

The author is Hamish White founder and CEO of Mobilise.