Is Wi-Fi 6E the future of connected business? 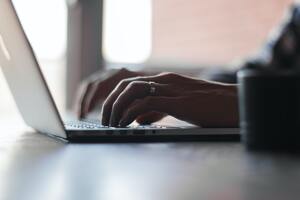 Even with the pandemic, the sprint from wires to Wi-Fi has continued at pace, and with good reason. As businesses speed up their transition to the cloud, increase their use of bandwidth-devouring video and battle a rocketing number of devices the demand for Wi-Fi connectivity has risen drastically.

It is perhaps unsurprising then, says Simon Wilson, CTO at Aruba UK&I,that according to the Wi-Fi alliance, there are as many as 16.4 billion client and Internet of Things (IoT) devices now in use.

However, even before the events of the past year and a half, it was always predicted that wireless networks would at some point, run out of steam; for instance, WLAN has been under increasing pressure due to the growth in the number of solely wireless devices demanding more and more data.

Additionally, the emergence of applications such as virtual / augmented reality (VR / AR) add to this. Ultimately, wireless networks will at some point become oversubscribed, leading to application performance throttling and user experiences and productivity impacted.

Now the latest networking development, Wi-Fi 6E, aims to solve these issues, promising to make Wi-Fi technology faster and more capable. Yet, what progress has been made towards Wi-Fi 6E adoption over the past year and what do businesses need to consider in their plans to incorporate it?

While the regulatory body (the FCC), in North America was quick to open up the full spectrum of 1,200 MHz offered within the 6 GHz band, Europe has not been so generous. The continent has adopted a bandwidth of 5925-6425 MHz, this means only the lower 500 MHz has been opened up.

While not quite what the technology world wanted, it still offers a huge opportunity. For example, regulators in Europe have remained open to the technology. In fact, many are currently in conversations with the Wi-Fi industry regarding opening the final 6425-7125 MHz band in the near future to ensure growing capacity demands are met. The political drive for Europe to become a gigabit society by 2030 also adds vigour to this requirement.

All the while, European approval at the current level means that manufacturers are busy developing products to support Wi-Fi 6E. For example, Aruba just announced the first enterprise class indoor campus access points to support the 6 GHz band. The adoption and availability of devices is only expected to grow this year. IDC predicts more than 338 million devices will enter the market, but just 20% of all Wi-Fi 6 device shipments will support 6 GHz by 2022.

It’s worth remembering that Wi-Fi 6E is still very new and, as a result, not many client devices support it just yet and businesses should not dive straight into an upgrade just yet. However, the cost delta and longer lifespan means 6E should be a serious consideration for new builds and currently scheduled refresh projects. Rather, like any new technological advancement, there are several considerations to be made and similarly, it isn’t a simple ‘one size fits all’ timing, the needs and requirements of any given business will determine the best route to take.

Firstly, and more fundamental, it is vital that any organisation seeking to adopt Wi-Fi 6E checks that their country has adopted 6 GHz. The UK and most of Europe have adopted 6GHz (at the time of writing), but countries such as Oman, Turkey and Jordan are all still in the consultation process.

Businesses most suited to 6E are those looking to expand into high-definition video, VR and AR technologies, those with low latency requirements as well as those planning a refresh of anything older than Wi-Fi6. Similarly, any organisation wanting to future-proof their operations and protect their technology investments will also be viable candidates for 6E adoption. With the new band, product refresh cycles can be extended from five to six years to eight to 10, meaning that upgrades last for up to 50% longer.

A crucial point to note though is that currently, 6GHz is only viable indoors but that will come. Companies operating in primarily outdoor environments and organisations based in locations that have already announced they won’t be adopting the new 6 GHz band, will have to stick to Wi-Fi 6 for the time being.

It’s an age-old argument will Wi-Fi still be necessary in a 5G world? The truth of the matter is that whilst both are different, they are equally complementary. This extends to 5G and Wi-Fi 6E together, which provide increased speeds, higher capacity, and lower latency.

What business shouldn’t do is take a ‘one or the other’ approach. Currently around 60% of cellular traffic is offloaded to Wi-Fi and that number is only increasing, making it all the more important. Additionally, it is also cheaper to deploy, maintain, and scale; without the ability to offload traffic to Wi-Fi, 4G and 5G networks would become considerably more expensive.

The benefits of Wi-Fi 6E are clear and, alongside other important networking advancements, it will enable businesses to become more connected than ever before. Wave goodbye to sluggish connections and poor user experiences and replace them with powerful, high-speed networks.

Yet, they must make the right choice for them. Not every company is immediately suited to Wi-Fi 6E, and an incorrect investment could be a costly mistake at a time when every pound counts. Rather, businesses should assess their needs both now, and for the future, to ensure they embark along the right path for their digital transformation journey.