Most of the world’s population will use mobile wallets by 2025 and SE Asia is growing fastest, says study 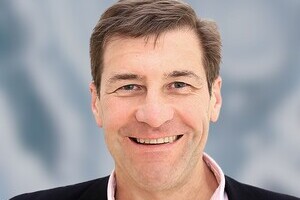 Boku, a fintech the global mobile payments network, has released its 2021 Mobile Wallets Report in partnership with digital technology analyst house Juniper Research, which provides insight into mobile wallet adoption and use in leading markets across the globe. In 2019, mobile wallets overtook credit cards to become the most widely used payment type globally and the shift to online driven by the pandemic has accelerated adoption. Mobile wallets use is growing rapidly across the world with emerging markets leading the way.

“While mobile wallets are being used on a global basis, we see two distinct types being used today. One is card-based mobile wallets, like Apple Pay and Google Pay, which provide an easier way to pay with cards people already have. The other is stored value mobile wallets, like AliPay and GrabPay, that enable consumers to transact with digital cash and are popular in emerging markets with fast growing eCommerce sectors,” says Adam Lee, chief product officer at Boku.

“The markets that are set to grow the fastest are those with the lowest levels of card penetration, stored value wallets are thriving. In North America and Western Europe, which are dominated by card-based mobile wallets, we are seeing the slowest growth in mobile wallet adoption, as the technology provides merely incremental benefit.”

“We are seeing clear bifurcation in the market between card-based mobile wallets in developed markets and stored value mobile wallets that are ubiquitous in Asia and rapidly growing in all emerging markets,” concludes Lee.

However, not only are consumers using mobile wallets more, they are using more mobile wallets. Consumers in high growth markets such as India and Indonesia use an average of 2.74 wallets. This means that not only do merchants need to accept wallets but they need to ensure broad coverage across each target market.

“We are witnessing a paradigm shift in payments driven by mobile wallets. Mobile wallets have lowered the barrier to making digital payments and in parallel ushered billions of new consumers into eCommerce. These consumers are not in North America or Western Europe, they are in emerging markets, and while they don’t have credit cards, they overwhelmingly have mobile wallets,” says Jon Prideaux, CEO at Boku. “For global merchants, mobile payment acceptance is not about accepting one type of mobile wallet or another, but ensuring that consumers in every market will have the required selection on payment types in order to monetise transactions.”