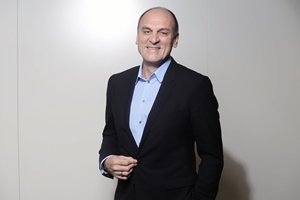 Responding to the European Commission (EC) mandate to establish a public warning system in case of a terrorist attack, France has set a significant procurement benchmark that establishes higher requirements and standards in deploying cutting-edge technology solutions.

Geodata specialist Intersec, was recently selected by the French Ministry of the Interior (MoI) to provide a new, targeted public warning system (PWR) using mobile phone technology. It is now being chosen by the major mobile network operators in the country to expand their ability to support the national PWR.

The Intersec GeoSafe solution will enable the authorities to leverage emerging technologies such as fast location data processing, machine learning algorithms and Europe’s Galileo navigation satellite system to track and respond to incidents as they arise. It delivers cutting-edge tools such as density maps, automatic selection of the appropriate communication channels depending on circumstances, in-app notifications, sirens and retargeting of populations as a crisis unfolds. It will also issue SMS text alerts in real time, tailored to the recipient’s proximity to an incident.

Commenting on the announcement Ingolf Ruh, chief revenue officer at Intersec, says, “I am delighted that our technology has been recognised in one of the largest European countries as the best way to provide a fast, fully automated process that will reach as many people as possible and save lives. As the only European vendor offering edge technology, Intersec had to compete against some major international players to win this contract. We successfully demonstrated that the depth of our knowledge in geodata and telecommunications can deliver a reliable, flexible and future-proofed solution.

He continues, “Although the mobile phone alerts will be the most visible part of this public warning system, it takes a lot more than a text to keep people safe. Our solution will offer the flexibility and responsiveness to keep government and populations informed and will remain technologically relevant for years to come, delivering the right data to the right people at the right time.”

Despite entering this market more recently than some of the rival bidders, Intersec was perfectly placed to fulfil the contract requirements, probably because its solution is not a legacy product that has had successive makeovers over the years but was built from the ground up using recent techniques such as fast data and AI. With offices on every continent, the company has more than 100 clients in 80 countries and currently enables access to the location of nearly one billion humans and connected objects.

It began developing software to deliver high volume data at speed for the telecoms sector, before carving a space developing location technology for the operators. A public alert system requires precisely this combination of speed and location accuracy, alongside an understanding of the implementation challenges at governmental and operator level.

Connected in a crisis

The platform provided by Intersec will include an application called GeoSafe Crisis Management, which will be used by State services. There will also be a mediation platform which will allow alert messages to be routed to the infrastructures of mobile network operators that are present in Metropolitan France and in French overseas territories. Following the innovative example set by the MoI, most major telecommunication operators in the country are preparing to adopt the Intersec solution.

Privacy and data security is of the utmost concern and the confidentiality of mobile subscribers’ data will be protected by an algorithm, which presents location data to public service end users in an anonymised and aggregated manner. This will enable the public services to fulfil their missions, while keeping the location of mobile devices within the confines of the networks of telecommunication operators, who will send unitary messages to these recipients.

The MoI selection process, which took nine months, asked companies to demonstrate how they would provide communication in real-time to the services of the Ministry, the Civil Security services, smart cities, and Infrastructure service suppliers. Any proposed solution also had to enable existing communications, such as siren systems, to be incorporated seamlessly into the new digital alert system.

Romain Moutard, lieutenant colonel of professional firefighters and director of projects at the MoI’s Department for Digitalisation (DNUM), has specific responsibility for modernising emergency communications for the security, health and emergency services. He says of the Intersec solution:

“We are pleased to have the skills, know-how and products necessary in Europe that will allow us to build a sovereign, first rate alert solution, enabling us to deploy without delay innovations and features as they become available. We have the ambition to build a solution that will be a European benchmark. We were attracted by the completeness of Intersec’s solution, by its experience in delivering messages on a very large scale depending on the real-time location of recipients, and by the willingness of its teams to keep this solution at the cutting edge of technology over the years to come”.

The need for a better way to deliver targeted, accurate and real-time data to people affected by major events such as natural disasters, industrial or transport accidents and terrorist attack has been evident internationally for some time. The project announcement was made by the Minister of Ecological Transition Barbara Pompili and Minister of the Interior Gerald Darmanin exactly one year after the fire at the Lubrizol chemical plant, which affected thousands of people and led to a government inquiry.

As a further incentive, the European Commission has mandated that every country in Europe should have a digital population alert system in place by 2022, and many EU member states are looking to France as the example to follow. France aims to have its new Intersec public warning system operational within the next 12 months.