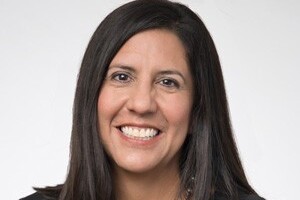 Totogi, the company focused on building telco software for the public cloud, is announcing the launch of Totogi Charging System, the webscale real-time charging and plan design engines for telcos.

Totogi is marking this launch by announcing it has achieved an performance benchmark of handling one million transactions per second (TPS), with a commitment to doubling this figure every six months.

Totogi is also announcing its new webscale BSS platform, which has achieved gold status with TM Forum as it supports 12 of the TM Forum Open Digital Architecture APIs, with plans to support the full set by the end of 2021.

Operating in stealth mode until now, Totogi has purpose-built its charging and BSS systems specifically for the public cloud, meaning they can be accessed via the web without the need to install anything on-premise. With the public cloud, capacity and disaster recovery planning is eliminated as the system scales and fails over automatically.

Being built on the public cloud also means Totogi offers all the cost benefits of the hyperscalers and expects the systems to be 80% lower TCO as compared to private cloud and on-premise systems.

Danielle Royston, CEO and founder of TelcoDR, announced a $100 million (€83.82 million) investment in Totogi in May 2021. Royston will serve as acting CEO of Totogi to accelerate the next phase of the company’s growth.

Commenting on the launch of Totogi, Royston says, “Totogi represents everything I’ve been talking about over the past few years about the public cloud. Totogi is entering the market with a webscale platform that can do for telcos what Salesforce did for CRM in the early 2000s. The $100 million (€83.82 million) investment illustrates that this new startup has the capital and resources needed to build the most innovative telco software solution on the market, offering usage-based pricing our industry has been clamoring for.”

“Totogi will enable telco executives to use their valuable network data to drive meaningful customer engagement to deliver customer love. I’m thrilled to act as CEO and help this great team to drive big change in the telco industry.”

Totogi is attending Mobile World Congress (MWC21) in Barcelona June 28-July 1, where the company will be an exhibitor within CLOUD CITY by TelcoDR. The 6,000 square meter space in Hall 2 (formerly occupied by Ericsson) will feature the forward-looking, innovative providers of software built on the public cloud as well as those pioneering in Open RAN. Telecom executives can experience the future of telco by attending CLOUD CITY at MWC21 in-person and virtually, and can also book meetings directly with the Totogi team to learn more.