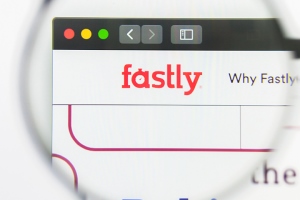 Communication service providers often use the marketing speak of other service providers when they say they want to “empower the customer”, but content delivery network provider Fastly seems to have taken this to new levels, writes global freelance business technology journalist, Antony Savvas.

It allowed one of its customers to take out its complete global internet backbone this week … with a service configuration of their own.

The UK government website, media outlets like The Guardian, Financial Times, The Independent and The New York Times and apps such as Reddit were completely taken down, through the legitimate customer update to a Fastly deployment that caused a glitch in the whole system.

Pointing to the increasing importance of the edge connectivity market, Fastly runs an edge cloud between companies’ data centres and their end users, reducing latency, protecting them from distributed denial of service (DDoS) attacks and helping them to handle traffic spikes. Well, that’s the theory anyway.

The Fastly crash illustrated the hyper interconnectivity across the whole internet, which up to now has been allowed to police itself. Okay, much of the web’s management is overseen by clever US-based individuals and well-known US organisations, but overt government interference from whatever part of the world is frowned upon.

Fastly, in fact, is one of a relatively few global content delivery network (CDN) providers, along with the likes of Cloudflare, Amazon (which delivers its own branded CDN that uses part of Fastly’s infrastructure) and Options that provides a CDN for the financial services sector, for instance.

The company was pretty unknown outside the network technology sector before the crash, and its share price had plateaued. Ironically, after the crash, its share price shot up. Market watchers believed this was partly down to the fact the debacle had made public just how many important customers Fastly had, and how key it was when it came to running the internet.

Its better-known CDN rival Cloudflare has had a number of outages of its own over the last couple of years.

Maybe the lack of key players in this area is part of the problem? And potentially where government regulators could step in is to make sure the software quality assurance and testing processes of companies like Fastly – that are central to running critical infrastructure – are up to scratch!

In a show of confidence in British ingenuity (tell me more. Ed), Patrick Drahi’s Next Alt, through its subsidiary Altice UK, has purchased a 12% stake in BT, valued at around £2.2 billion (€2.6 billion).

This shows there’s plenty of life in the old dog yet, BT that is. After successive financial results, over many years that one doesn’t really care to remember, some had written off BT as a slow-moving dinosaur wandering around a communications space it was increasingly losing growth sales in.

Maybe Mr Drahi is simply taking a punt from his large cash pile, but more realistically he has seen what plenty of other infrastructure investors have seen in the fall-out from the pandemic; organisations and citizens want faster fibre to connect them to work and play wherever they are, and BT is now starting to rapidly roll it out.

Some had written off BT as a slow-moving dinosaur wandering around a communications space it was increasingly losing growth sales in.

Drahi and his specially set up investment vehicle Altice UK are now the biggest single shareholder in BT with 1.2 billion shares, which were probably undervalued long before he came along.

In a boon to BT management, Altice UK said it, “holds the board and management team of BT in high regard” and is “supportive of their strategy”.

Altice UK has informed the BT board that it does not intend to make a takeover bid for BT. As the company’s biggest shareholder it will now be interesting to see what nudges it makes to turn a profit from its investment.

A spin-off of the Openreach unit, which is rolling out the aforementioned fibre, may be on the cards, but why would BT want to offload a prized asset? Stranger things have happened in the telecoms industry, I suppose.

Prior to the big shares buy-in, BT said it was busy at its BT Labs in Adastral Park, Ipswich, UK, developing a type of fibre that could make long-haul and 5G deployments faster and more efficient. This optical fibre – hollow core fibre – is the sort of project that helps telcos stay ahead of the game, or at least catch up.

Research & Development has always been key in telecoms and many were perhaps disappointed when BT sold off its optical networking research unit to Huawei years ago.

Some said it couldn’t happen, but now it certainly is: Mobile World Congress in Barcelona is starting on 28th June.

After the show was completely cancelled last year because of the pandemic, Europe’s traditionally largest annual technology event is making a welcome return after sterling efforts from organiser, the GSMA.

This, despite the likes of Ericsson, Nokia, Sony, Cisco, Google, Intel, Samsung, Qualcomm, Lenovo, Vodafone and Deutsche Telekom, not exhibiting at the physical event. Many of these, however, will be taking part in the virtual element of the show and throwing some money the GSMA’s way in terms of sponsorship.

The GSMA staged its Mobile World Congress event in Shanghai this February and managed to attract 25,000 in-person and virtual attendees. The organisation tells me it expects to attract over 35,000 in-person attendees to Barcelona and thousands more online.

We should all say good luck to the organisers and bon voyage to those making the effort from outside Spain. Hopefully, this will be a major step towards many more industry players rubbing shoulders again with their customer prospects and competitors – just like old times – and perhaps sharing a few drinks.