An emerging telco challenge at the potentially lucrative edge 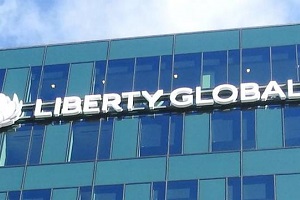 It’s nice to see a telco seemingly ahead of the game when it comes to an emerging market growth area, namely the edge connectivity space, writes communications journalist, Antony Savvas. By 2025, analyst house Gartner predicts that 75% of enterprise data is expected to be created and processed at the edge.

Liberty Global has struck a deal with global investment firm Digital Colony to establish more than 100 branded edge data centres across Europe. It’s a busy time for Liberty as it’s currently fleshing out the details for its approved joint venture with Telefonica, which will see Liberty’s Virgin Media merge with Telefonica’s O2 in a £31 billion (€36 billion) deal. The Virgin/O2 merger is partly an attempt to take business from BT‘s various units, including EE and Openreach.

The edge move by Liberty could be seen as an opportunity to help reduce its large debt pile, with the help of a partner with deep pockets.

Digital Colony recently raised US$4.1 billion (€3.4 billion) for its second fund and invests in and operates businesses across the digital ecosystem, including towers, data centres, fibre networks and small cells. It manages a US$32 billion (€26.3 billion) portfolio of infrastructure assets.

There’s no messing about with the edge proposal. Large global data centre operators have gradually been adding the odd smaller edge facility here and there in cities around the world to extend the reach of their much larger hyperscale data centres, which are often located further out of the main metro areas.

But a commitment to over 100 edge locations on one continent is clearly something else. The two companies’ AtlasEdge joint venture aims to serve the growing edge processing demand from cloud providers, streaming services and enterprises, for scalable facilities to support the low latency needs of applications and services around 5G, gaming, augmented & virtual reality (AR/VR), IoT and edge compute.

Liberty Global is contributing its existing data centres to the effort and Digital Colony will be providing major capital to support an expanded edge data centre network, that is expected to include new builds or acquisitions of existing facilities.

As a start, the AtlasEdge brand will be supported by anchor tenancies from Liberty Global operating companies in four European countries, Virgin Media in the UK and Ireland, Sunrise-UPC in Switzerland and UPC in Poland.

Other potential players in the evolving edge market are also ramping up their efforts, not least some of the main infrastructure players.

The likes of Dell and HPE, for instance, are involved in an ongoing effort to convert on-premise hardware sales for servers and storage appliances, to as-a-service sales in data processing and storage management delivered from data centres.

Earlier this month, Dell struck a deal with Equinix to deliver its new storage as-a-service globally through the operator’s data centre network.

“Organisations can meet unpredictable IT and storage requirements more efficiently when subscribing to our APEX data storage services at an Equinix location,” says Dell.

The APEX portfolio of services is a rival to similar services offered by HPE through its Greenlake unit. The Dell service will be offered across Equinix’ 220 data centres, but they’re not all edge ones like in the Liberty effort. Maybe a more direct challenge to Liberty is the edge alliance between Vodafone and Amazon Web Services in Europe.

With its offering, Vodafone Business is combining the quick response times of its distributed multi-access edge computing (MEC) technology with the faster speeds of 5G. MEC helps to unlock the full potential of 5G as it moves cloud-based IT services to the edge of the network, providing applications with much faster connectivity to customers.

Vodafone is the company in Europe to enable organisations to create applications using MEC and Amazon Web Services, made possible by embedding the AWS Wavelength service at the edge of its 4G and 5G networks, to bring customers and applications closer together.

The partnership’s first commercial offering is going live in London to begin with, with other locations in the UK and Germany to follow. The service is aimed at business users, application developers and independent software vendors. Verizon is doing the same thing as Vodafone in the US, combining MEC, 5G and Wavelength in networks across 10 cities.

A challenger in a different market is CityFibre. It is reportedly moving to complete the sale of a £1 billion (€1.16 billion) minority stake in its business, to help the continuing roll-out of its full-fibre services across the UK.

Apparently, around 20 different pension and infrastructure funds from across the UK, North America, Europe and Australia are in talks with the company about acquiring a 30% stake in CityFibre, which lays the fibre for services sold by the likes of Vodafone and TalkTalk.

CityFibre is aiming to connect 8 million homes and businesses by 2025 and the demand for its services has increased during the pandemic as workers have demanded fast broadband to enable them to efficiently work from home.

CityFibre is in fact the third largest fibre infrastructure provider in the UK, behind BT‘s Openreach unit and Virgin Media.

BT earlier this month said it planned to create 7,000 additional jobs as part of its revamped strategy to connect up to 25 million homes by 2026, which is an increase of 5 million on its previous plan.

In response, CityFibre has proclaimed that it can eventually match BT’s build-out rate despite being much smaller.

If that becomes reality, it looks like BT is going to experience big pressure in both fibre services and edge mobile services, considering the Liberty / Telefonica joint venture and the Vodafone / AWS alliance.