Watching a slow-moving train crash is not pleasant 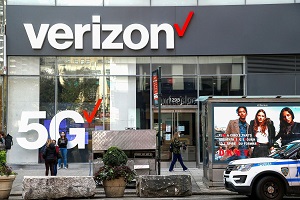 The appearance of GPRS otherwise known as 2.5G about 20 years ago showed the telcos what was coming their way in terms of business model shake-ups not least around content.

And it’s not really arguable that they have failed miserably since, argues communications journalist Antony Savvas, being outflanked or maybe just swamped by the new content players that jumped into the mobile market with both feet. Okay, at the time, it was only really about things like faster email (usually on a BlackBerry), click-through links to web pages that actually loaded in less than a minute and the sending of texts with pictures or emojis.

But it was the last big step to 3G and the video clips that could be sent and the video conferencing that could take place if you found a good cell. Telcos started to realise that if they wanted to keep their customers happy and continue to get their monthly contract money both for their phone and their service, they would have to start bundling decent data packages to enable customers to use the new fledgling services cost effectively.

What they didn’t get ready for was a market dictated by content, with user expectations involving them becoming closer to their smartphones than members of their family and often their partners.

The addictiveness fuelled by the likes of Facebook and the other social media sites that followed such as Twitter was bad enough, but then we had the introduction of 4G and every other kid, and too many adults, had their eyes glued on YouTube and often streamed content.

The smartphone had become many people’s friend of certainty, it was always there for them updating them, entertaining them and occasionally annoying them. What did the telcos get out of this? In most cases precisely nothing. Many of them are probably still looking to recoup the spectrum fees they paid for 3G before ripping those networks out and preparing for the wide-scale deployment of 5G networks.

By the time the Apple iPhone was launched almost 15 years ago, followed by the launch of Google‘s Android operating system, the telcos were also about to experience the pain of “their” users spending billions of dollars every month on apps and content through app stores they never had any share in.

Many telcos took a leap into… not the dark, but a well-lit room, and decided to “get into content”, in a desperate attempt to try and get a slice of the action.

In the last month we have now seen a very expensive retreat. BT, after ploughing billions of pounds into buying up sporting rights, is now considering selling its BT Sport unit. Although its acquisition of mobile network operator EE provided a potential vehicle for its customers to watch that sporting content on the move, they don’t expect to have to pay for it.

Which is no big surprise, as Sky customers paying for expensive satellite home TV packages don’t expect to pay to watch the content on their phones, laptops or tablets either, a similar case with other TV content providers in other countries.

In a more laughable situation, Verizon has excited content with the sale of its media operations to Apollo Global Management for around US$5 billion (€4 billion)  a sum that is about half what it paid for the various units that include Yahoo! and AOL.

Mentioning those two brands will create a sense of ancient history and laughter among anyone under 30. I do say that as a loyal Yahoo! email user, but I’m on the older side and will put up with the occasional serious security breaches, the unexplained outages and unresponsive spam filters “because it’s free”. Young people aren’t so patient.

That Verizon sell-off also contains better content vehicles like news-gatherer HuffPost and business technology start-up news site TechCrunch, but even those are struggling as many others are doing the same thing.

That sell-off was followed by probably the biggest retreat from content by a telco. Only three years ago, AT&T bought Time Warner including CNN, HBO and Warner Bros – for a whopping $110 billion (€90 billion).

AT&T is now divesting these operations to form a new media company, that will be 71%-owned by itself in partnership with real content company Discovery. The Financial Times described the move as “a humbling retreat for AT&T”.

What it will be left with is a unit that will compete with the likes of Netflix, Amazon Prime, Disney+, Apple TV and others with much bigger pockets than AT&T. Good luck with that.

The old adage was that communications companies shouldn’t dabble in content. But will telcos learn, and can they afford to?

If you consider what telcos can charge for, it seems like it’s an ever-decreasing circle. The Apple and Samsung smartphones are getting more expensive at the top end, and telcos can get a slice of that within service contracts, but the value of those phones is causing a problem in itself.

The residual value of many phones is so high that people aren’t simply throwing them in the bin or properly recycling them they’re selling them on to others who are then buying a basic airtime contract from telcos, which doesn’t usually generate much.

Then on the fixed connectivity side you have fibre. Telcos and their partners are expensively digging up roads to deliver what technology journalists and analysts have been banging on about for the last 20 years full fibre to the home with no copper involved.

I’m lucky to have it through TalkTalk and apart from one complete outage at the beginning which lasted a few days caused by a fibre cable issue that was repaired – it’s been very good over the last couple of years.

Okay, I’m an easy and relatively cheap customer to manage, as I don’t angrily get on the phone every other day to complain about the odd brief cut-out. But for me (and don’t tell TalkTalk this) I think that’s a cheap deal, after all their efforts in digging up the town to deliver the basic service.

And “service” is the key point here. I don’t buy anything else from them to wrap around the basic service no data security package that is available, no basic calls, no international calls option, etc etc. Just how do they make any real money?

The roll-out of 5G will supposedly change things, potentially through a battle royal between the providers of the connectivity with those providing services around it. Or maybe this time real alliances will be the order of the day, so everyone can win out?