Goldman Sachs and the Quantum apocalypse 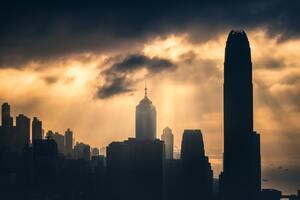 So you’ve had your head around 5G communications and edge compute for years, and you see that low latency is every bit as important as connection speed and bandwidth. You’re across the Internet of Things (IoT), says Jeremy Cowan. Why wouldn’t you be? You read IoT Now daily and see applications in every industry.

(WEEK IN TELCO IT): Naturally, it’s you that colleagues turn to when they need to understand artificial intelligence and machine learning (AI & ML) when digitally transforming your enterprise.

So, as soon as the pandemic and local rules allow, you’ll head back to the office knowing you can plunge straight back into the tech sector. It holds no fears for you, right? And you’re ready for any new questions on Quantum computing?

Well, you might want to add it to your reading list because it may be deployed in financial technology systems (fintech) sooner than you think. Within the next five years, in fact. Futurists have long talked about using quantum computing (QC) to solve in seconds problems that traditional computers could never crack, certainly not in less than decades. Scientists had always envisaged early applications for quantum computing in logistics and pharmaceutical development.

Now news has broken in the Financial Times that Goldman Sachs believe quantum computing is 5 years away from market deployment in financial services. According to the FT, Goldman Sachs’ research, conducted with quantum start-up QC Ware, “reflects a recent effort by companies investing in the field to search for ‘quantum advantage’, or a marginal practical improvement compared with existing computers. That is a more modest goal than waiting for full “quantum supremacy”, when quantum systems are able to solve problems that are essentially impossible for a classical computer.”

QC’s backers are counselling caution. There may be great opportunity in areas such as pricing derivatives, but they say there is a grave security risk. Enormous efforts will have to go into developing cryptographic encryptions that can withstand the power of quantum computing. Without this the basic security that governs every aspect of our modern infrastructure may be rendered useless overnight. 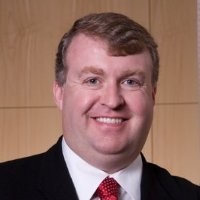 Tim Callan, chief compliance officer at digital identity experts, Sectigo, tells us, “Quantum computers will be a great asset to many use cases, but they also pose a grave danger to the world’s cybersecurity. Because quantum computing is a new computing paradigm (not the traditional set of discrete 1/0 gates that govern traditional chip technology), it can have a great advantage over traditional computing for specific tasks.

One of those is factoring large numbers down to their primes and another is calculating elliptic curves. This fact matters because the cryptographic algorithms used to encrypt data throughout our global digital infrastructure depend on one of these two mathematical functions.”

“The practical consequence is that the RSA and ECC encryption algorithms are both compromised once adequately powerful quantum computers become commercially available. At that point, the basic security that protects our financial systems, commerce, communication, transportation, manufacturing, supply chains, government, and all other aspects of digital life will cease to be effective. The exact date of such an occurrence is subject to much speculation, but in a long enough time horizon, this ‘Quantum Apocalypse’ as it’s sometimes called is all but a sure thing.”

“To protect ourselves from the Quantum Apocalypse, our global PKI infrastructure will need to migrate from existing RSA and ECC based functions to new cryptographic approaches that are more resilient to the specifics of quantum computing architecture while still meeting needs for speed, required computing power, security against traditional computing architecture, and versatility across the vast array of software, hardware, and use cases that will depend on them. 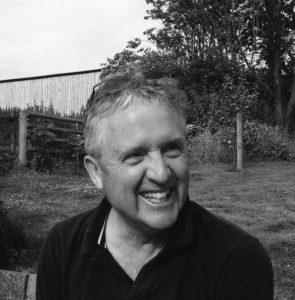 A number of academic, industry, and government specialists are focused on arriving at good candidate algorithms that meet these requirements. Our systems will also require certificate agility to make such substitution on our large-scale production environments without massive disruption,” says Sectigo’s Callan.

The author is Jeremy Cowan, editorial director of The Evolving Enterprise, IoT Now and VanillaPlus.