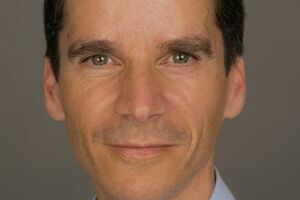 Within the document, TCA advocates global, open standards developed by recognised industry organisations including GSMA, which ensure that integrated SIM technologies for secure connectivity and services can provide interoperability and security levels that match their embedded and removable SIM counterparts.

The paper – which is titled Integrated SIM Functionality: Drivers, Approaches to Standardisation and Use Cases defines an integrated SIM as a solution where SIM functionality is implemented on a hardware Tamper Resistant Element (TRE) integrated within a host System-on-Chip. In addition to considering market forces driving the integration trend, the paper also summarises current industry standardisation efforts, details use cases and explores benefits of integration for device security.

Claus Dietze, TCA chair, comments, “The publication of this paper is significant as it presents a unified, industry view that global efforts to standardise nascent integrated SIM technology have been successful and that solutions which align with open standards can now be recognised for their high levels of security assurance and global interoperability. Security is a critical consideration which must not be compromised if any ecosystem is to fully realise the performance and memory advantages of integration.

“The standardised integrated SIM is now recognised by the TCA as an innovative, new SIM form factor, which sits alongside the established embedded SIM and which can bring numerous benefits to a broad range of secure connectivity use cases which require small SIM dimensions, low energy consumption, or high levels of accessible memory and/or advanced computing power for example. TCA additionally supports standardisation efforts and activities intended to reduce the overall time and complexity of certification for integrated SIM solutions.”

TCA evolved from the SIMalliance in February 2020, reflecting the continued expansion of the global SIM industry and the need for broader industry collaboration among all ecosystem participants beyond traditional SIM manufacturers. As a global, non-profit industry association, TCA works to enable trust in a connected future. The organisation’s vision is to drive the sustained growth of a connected society through trusted connectivity which protects assets, end user privacy and networks.